The Bulusan, located in the province of Sorsogon in the Philippine archipelago, is raising on alert 1 / abnormal, following an explosion May 6, 2015 at 9:46 p.m.. It lasted after 3.5 minutes depending on the seismic records. Initially from a vent on the upper northwest slopes, an ash plume rose to about 250 meters before drifting westwards. Ash falls were reported in Brgy. Bagsangan, Cogon, Monbon and Tinampo / Irosin, Sorsogon. This episode follows an explosion at the same vent on May 1, which lasted 5 minutes.
This type of explosion is typical of Bulusan during periods of rest, when disruptions mark the hydrothermal system, or when the steam pressure builds up on a superficial level.
A "no-go" 4 km-radius zone was established.
The situation is not favorable to the approach of the archipelago by the Dodong typhoon, the rain could mobilize the ash deposits. 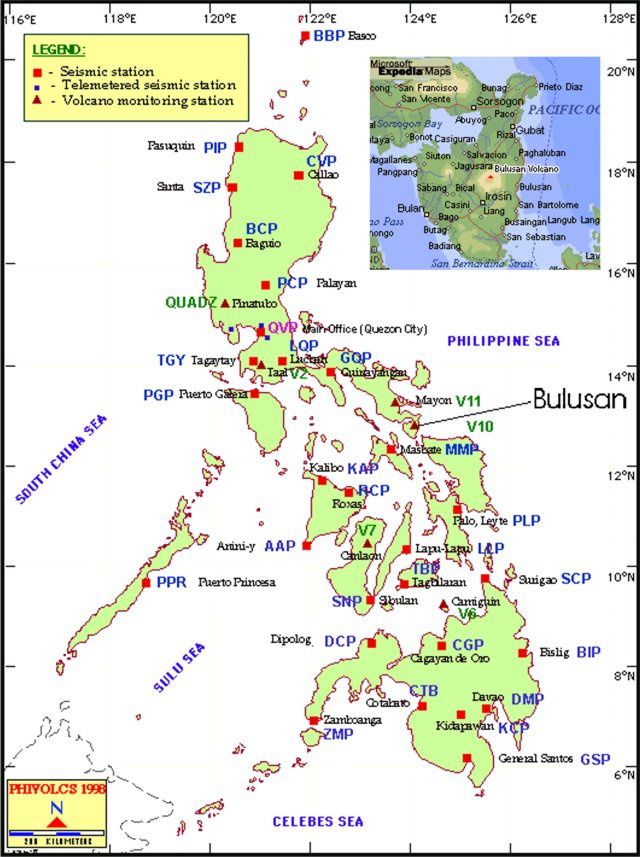 Bulusan location in the Philippine archipelago