The last dome of the Chain of Puys range from the Puy de Dome Puy and Pariou: these are the Small and Clierzoux Suchet (Cliersou). 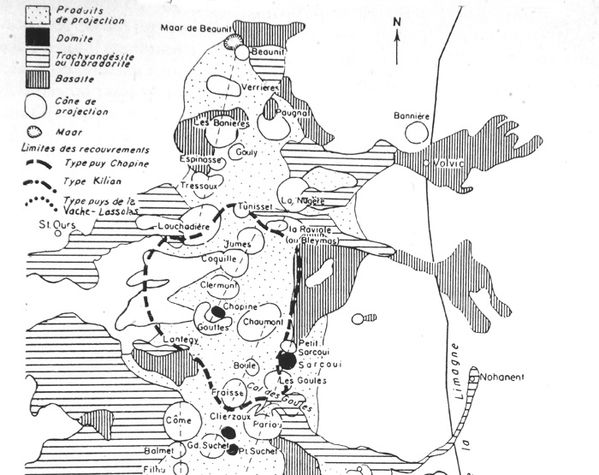 The Little Suchet, also called the Puy de l'Aumône, rises to 1,198 meters and is contiguous to the west to Grand Suchet, a pyroclastic cone of 1231 meters.

It is a lava dome pelean type, composed of domite, a characteristic trachyte of the Chaîne des Puys.
This domite contains more feldspar and hornblende as the Puy de Dome.
It is covered by place of pozzolans, slag from Grand Suchet, pumice expelled by the last eruption of Puy Pariou.
Its slopes are forested regular halfway up. To the south and southeast of the summit, open caves ... actually domite quarries operated in the Gallo-Roman and early Middle Ages. 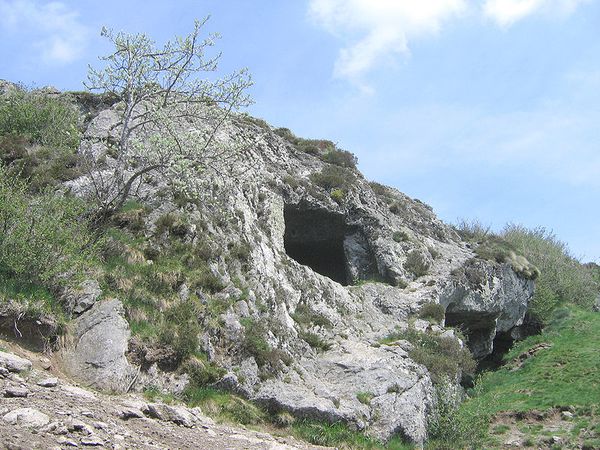 No detailed information on the cons by Clierzoux (Cliersou), which is only populated on the maps. The view of the Grand Suchet from the Cliersou - photo Gegeours. Whe are never far from the Puy de Dome, on the left - right, the Grand Suchet - photo Gegeours.