The island of Pico, the second largest in the archipelago of the Azores, one of the most recent - 300,000 years old - houses, due to the composition of its lava flows, the largest number of lava tubes, about 80.

Gruta das Torres form a group of interconnected tunnels of lava. It is located in the pahoehoe and aa lava flows, issued from the parasite cone Cabeço Bravo, at various times between 500 and 1500 years ago. Wide of 50 cm to 22 meters, high from 1.1 m to 15 m, they have been explored scientifically only in 1990. With an estimated 5,200 meters (about 3,300 m and explored), it is the most large lava tube known in the Azores. 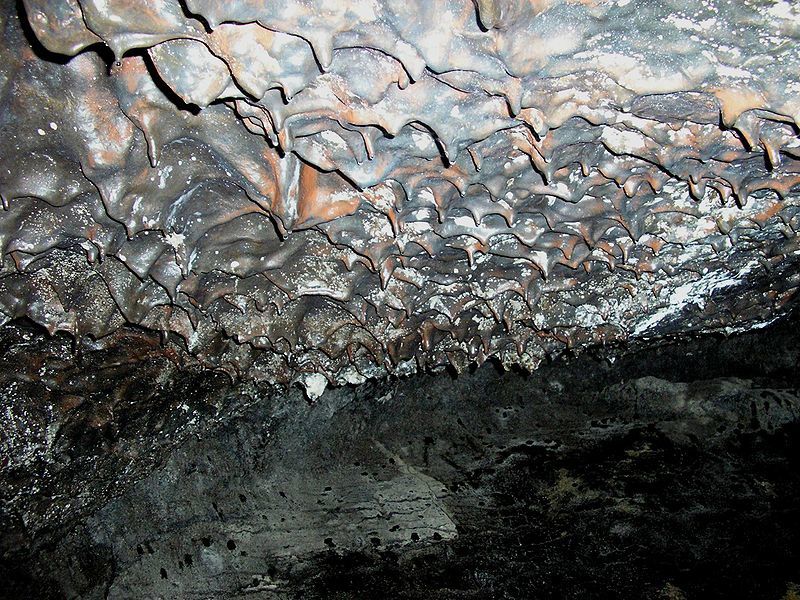 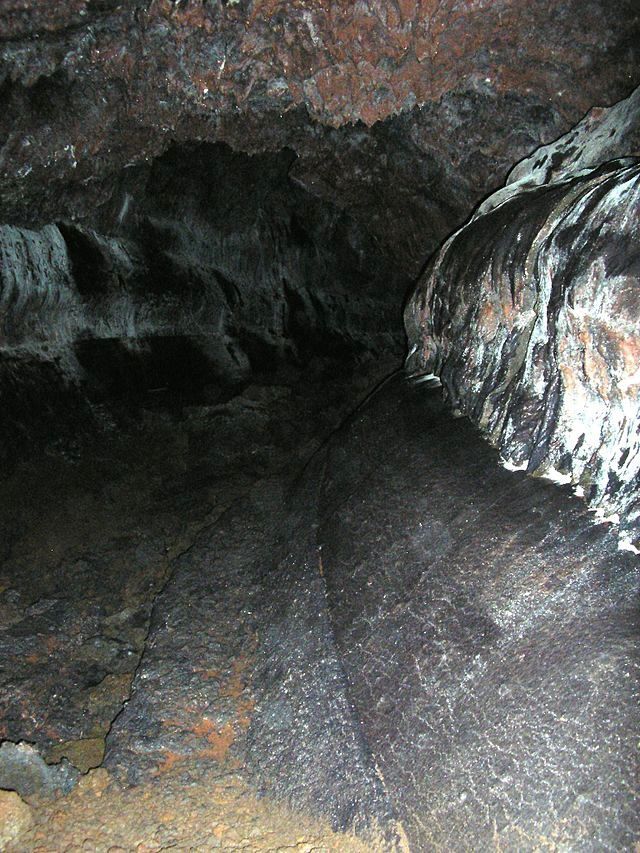 These tunnels are a formidable drainage system of lava, as shown by the presence of more than seven levels on the walls, with benches and ledges, "lavacicles" (a generic term for stalactites and stalagmites in a lava tube). 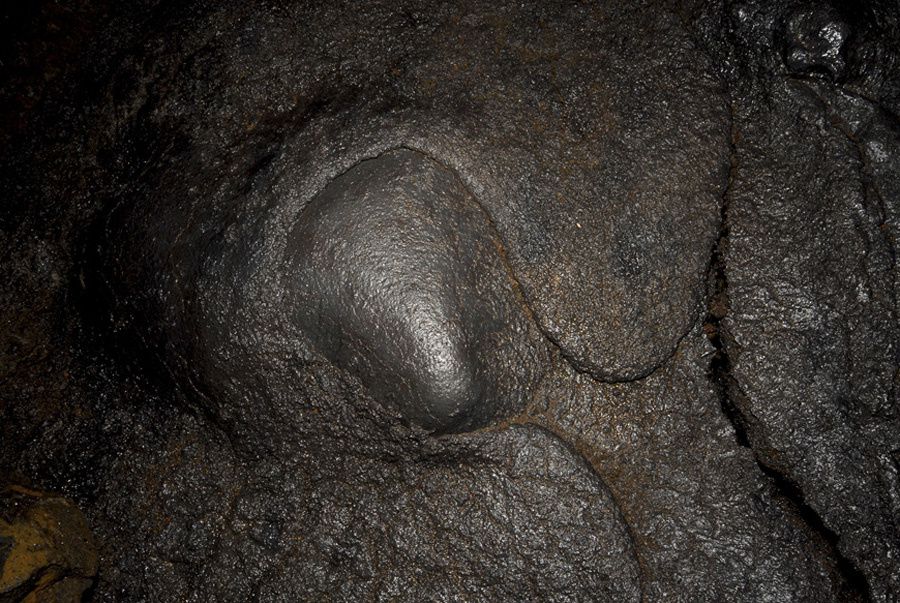 Gruta das Torres has two inputs, the first in a skylight, the other is protected by a building which houses the Visitor center, in harmony with the volcanic environment. 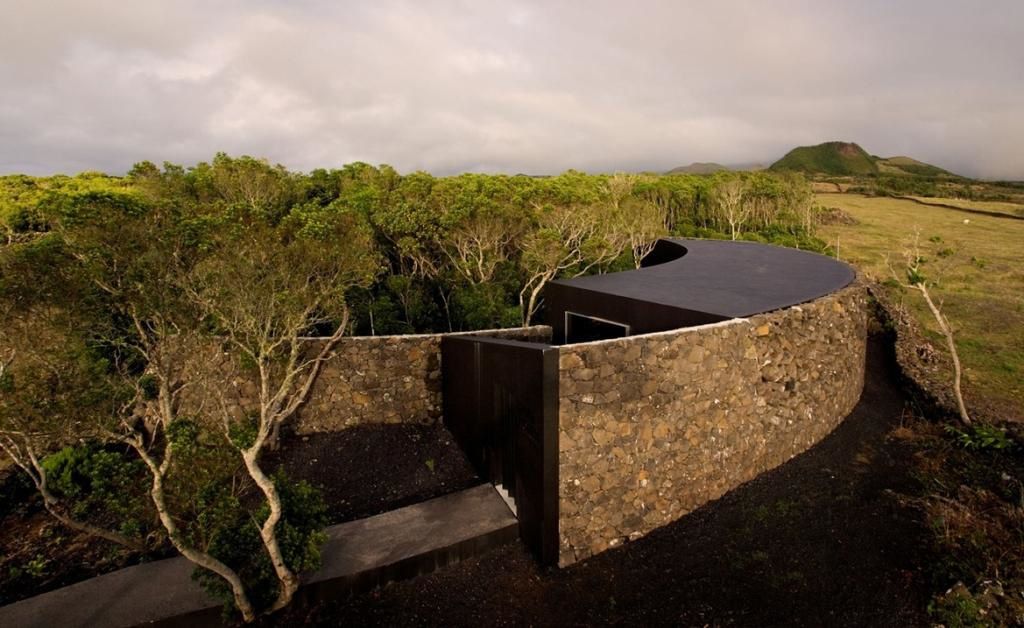 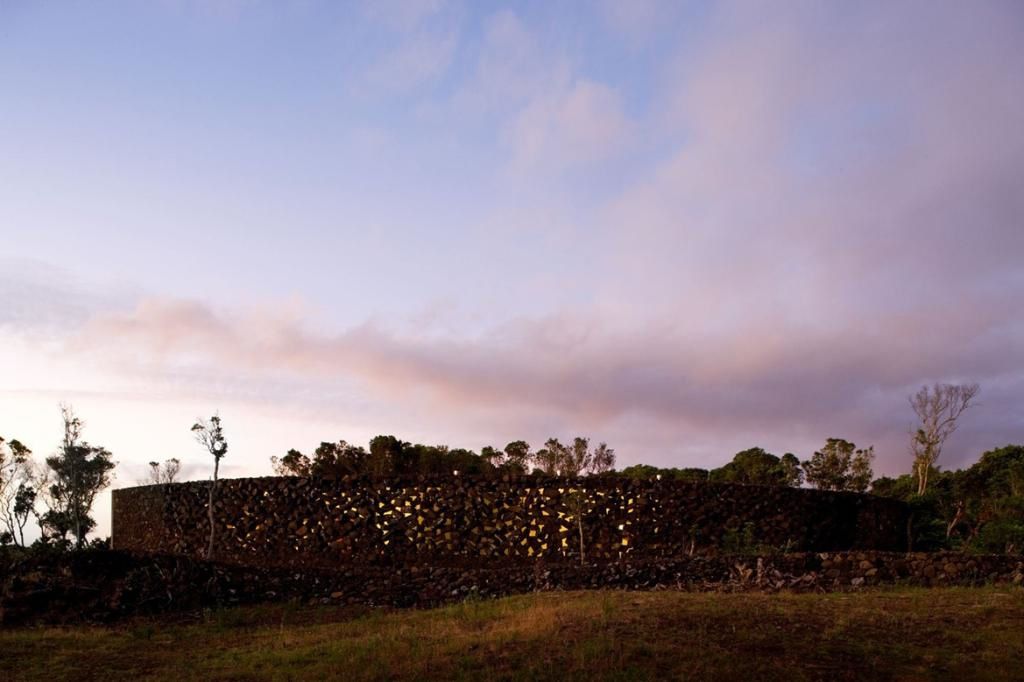 A perforated stone wall, a "volcanic lace" is at the junction of the building and the lava tunnel itself ... filtered light streaming naturally to illuminate the interior. The rest of the building is lined with an impermeable black finish in harmony with the color and texture of the vitrified lava in the tube. 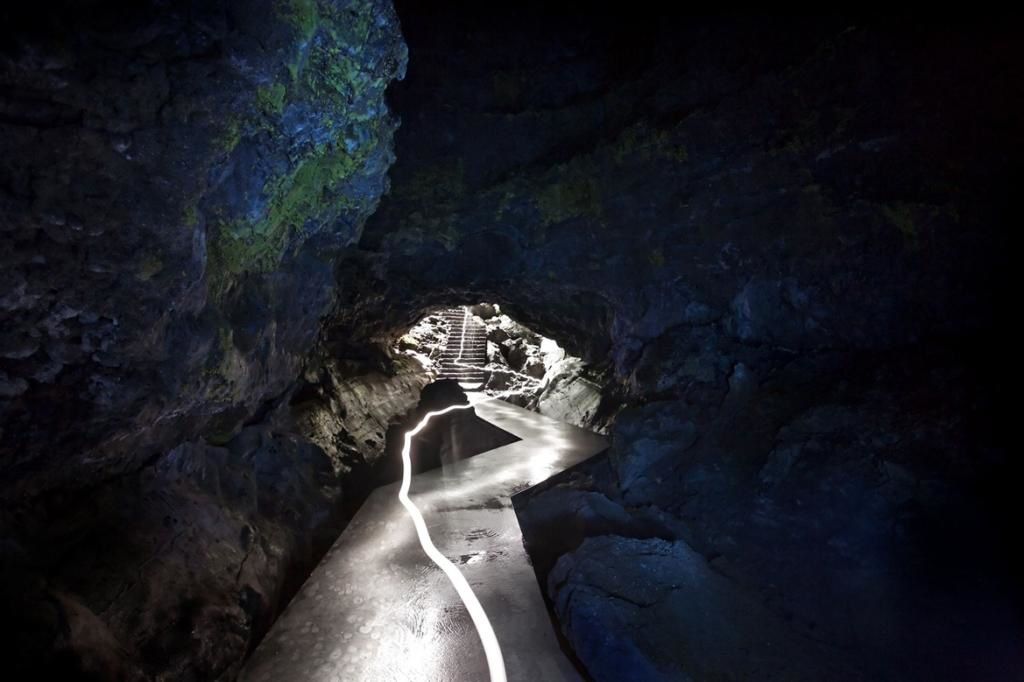 - Caves and pits from the Azores, with some comments on their geological origin; distribution and fauna - by P.A.V.Borges & al.