São Miguel has a varied structure: an old massive east of the island, the complex Povoação; three stratovolcanoes with caldera : Sete Cidades, Agua de Pau and Furnas. These volcanic mountains are interconnected by recent alignments of cinder cones and lava flows: the region of the Picos.

São Miguel and the location of its caldera (map VolcanoWorld / Oregonstate.) The main building consists of trachytic lava domes and pyroclastic deposits, dated between 100,000 and 40,000 years ago. 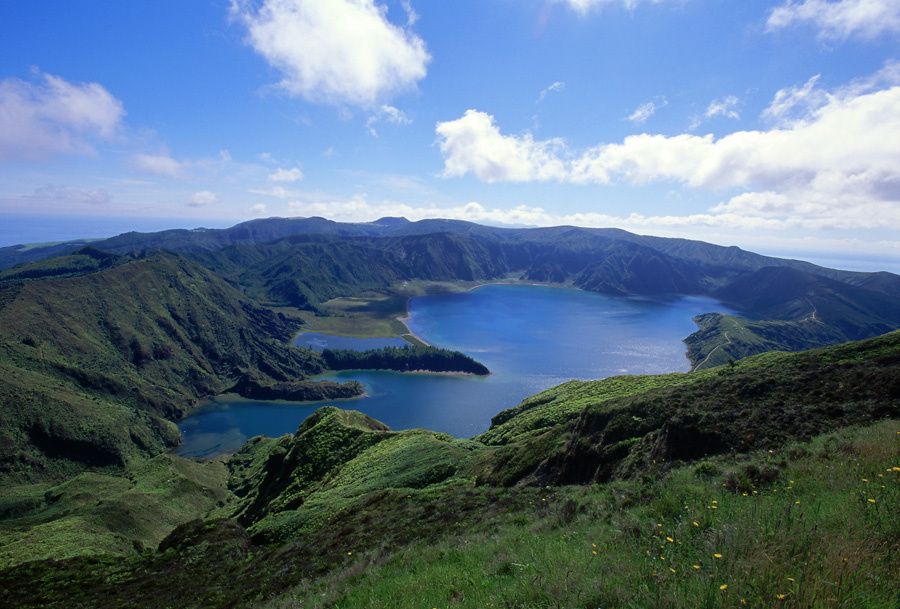 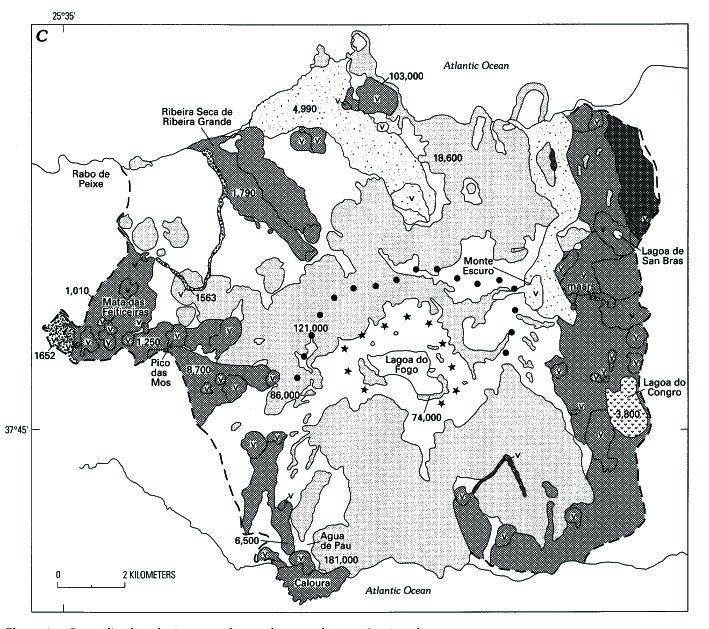 Activity post-caldera concerns lava domes, which are set up on the northern and western flanks of the volcano and the caldera, where one of the largest eruptions in the Azores - VEI 5 - is dated 2990 BC ., characterized by the deposition of pumice of 3 km ³ (Fogo-A Plinian-fall deposit). The most recent caldera features a lake, Lagoa do Fogo. Cinder cones dot radial and concentric cracks.

The last trachytic explosive eruption took place in 1563, at the Cerro Qurimado vent on the side of the caldera NO. Hot springs, located on the side of NO., suggest the presence of magma or rocks heated by it, associated with eruptions of the Pleistocene / Holocene near the surface.