Chronicle of an Icelandic weekend - The Golden Circle - 8 - Gullfoss

See Gullfoss in the winter is a must, even if, due to fall hazards, the access is permitted only on platforms. Langjökull - the meltwater of the glacier feeds the fall of Gulfoss.- Photo © Bernard Duyck 2015

Gullfoss is called the "golden fall", due to the presence of an often rainbow sky present above the falls on the Hvítá river, the "White River".

This river originates at Lake Hvítárvan fed by the waters of the outlet glacier (outlet glacier) Norðurjökull, part of Langjökull glacial system. She suddenly turns about a kilometer above the falls to descend a staircase two steps, the first 11 meters high, the second 21 meters. She plunges into a canyon 20 meters wide, 70 meters deep and 2,500 meters long, the Gorges de Gullfoss, perpendicular to the course of the river, the walls revealing volcanic organs. 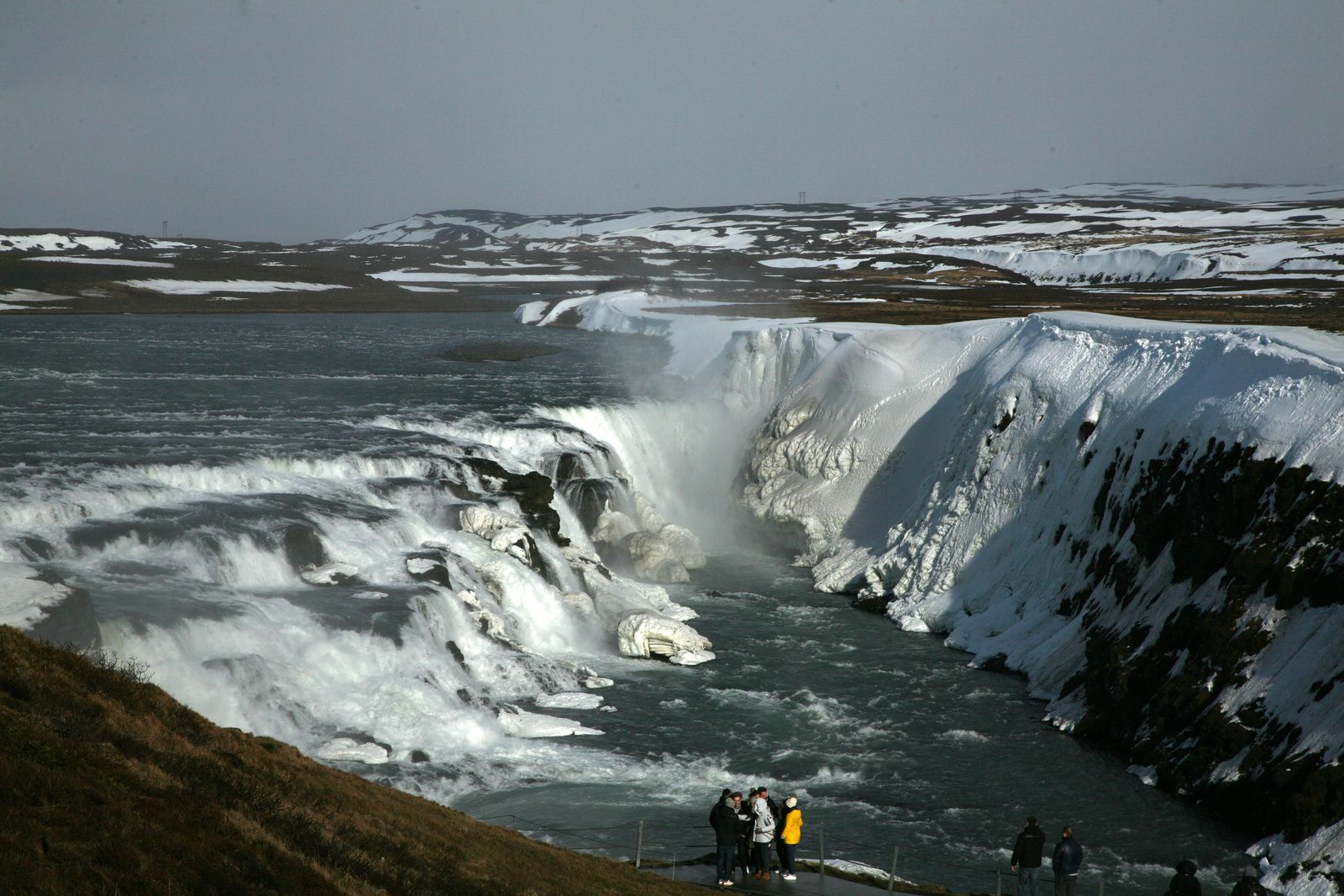 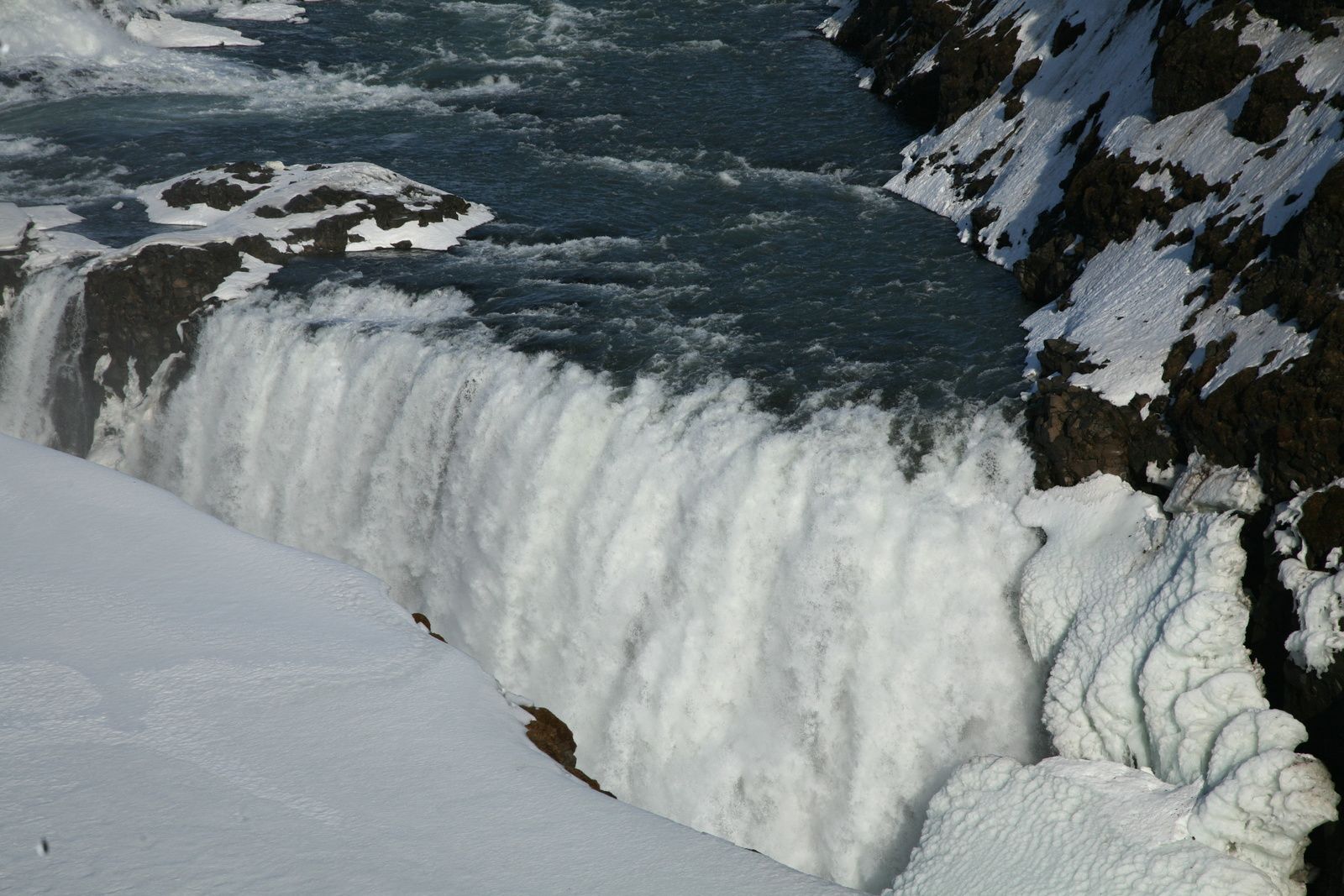 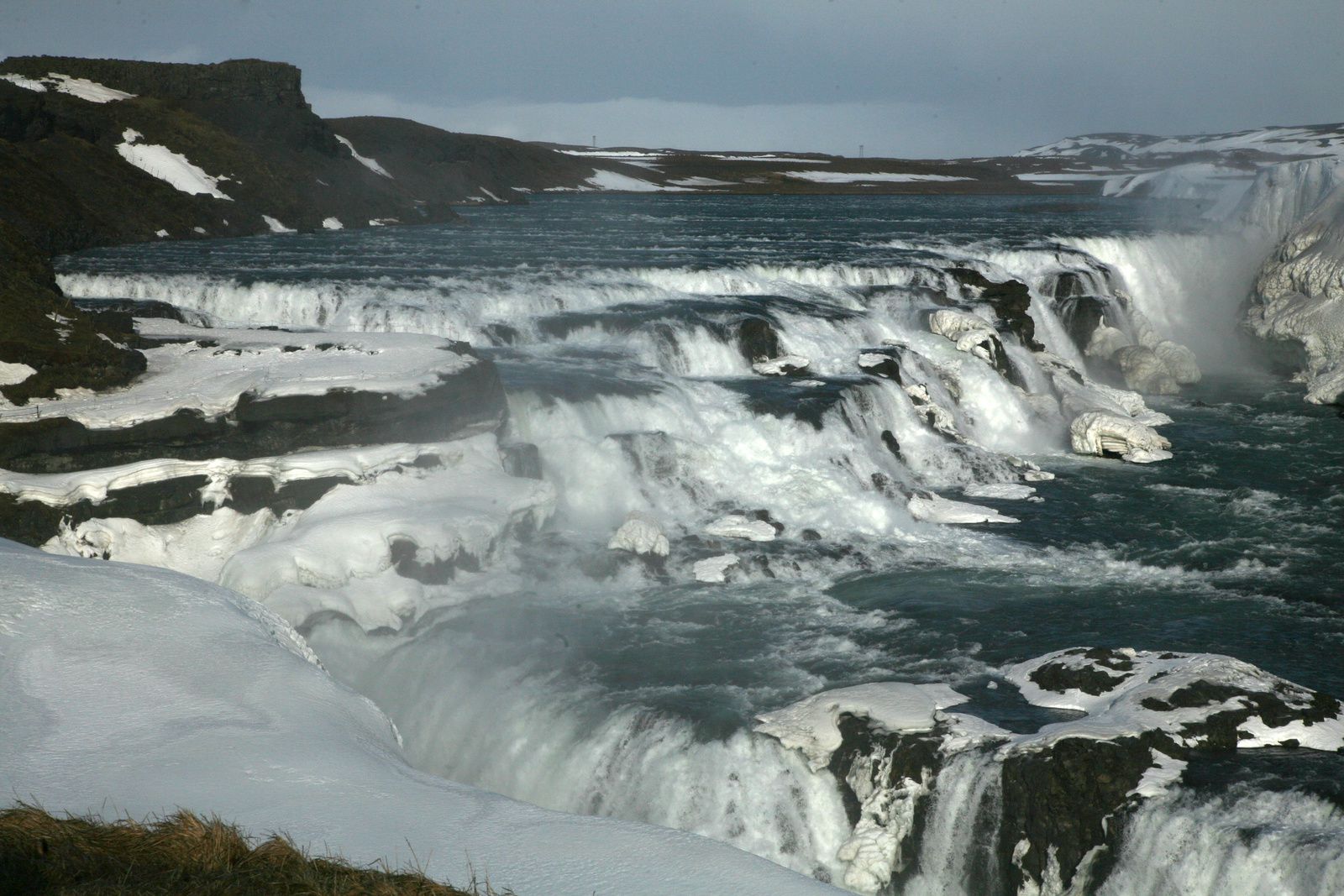 The rescue of Sigríður:

During the second half of the 20th century, and even then, Gullfoss has been the subject of various speculations for generating electricity. At this time, the fall was rented by the owners, Tomás Tómasson and Halldór Halldórsson, to foreign investors. In lack of liquidity, the attempt of investors remained at the draft stage ... and the fall was sold to the Icelandic state. Sigríður Tómasdóttir, daughter of Tomás Tómasson, who was visiting the falls in his youth, has always been concerned with their preservation. She campaigned for permanent preservation of the site, paying with his own money a lawyer ... determined, she threatened to throw herself in the falls, if the threat persist.

The lawyer later became the first President of Iceland, and is largely responsible for the protection of the site.