In Antarctica, South Shetland archipelago is home to a volcanic rounded island by 15 km in diameter , Deception Island .

This shield volcano is an iron horse- caldera 10 km. x 8 , flooded by the sea, which earned him the nickname " Icy Santorini of Antarctic "

Few travelers venture into these icy and isolated landscapes ... our friend Antony Van Eeten , who shares with us his photographs of volcanic trips, is back and gives us the scoop of his images taken in March of this year. Tectonics, formation and activity of the volcano Deception:

The island-volcano is in the middle of the Bransfield Strait , 125 miles north of the Antarctic Peninsula. This strait is a mini -rift opening at the rate of 1 cm. per year , the last of a series of transform faults and mini- rifts which succeed south of the tectonic plate Scotia and joined far in the east the triple junction point between the African, South America and Antarctica plates. This phenomenon of opening is doomed to extinction , according to geologists , in a few hundred thousand years , as the volcanism thet causes. 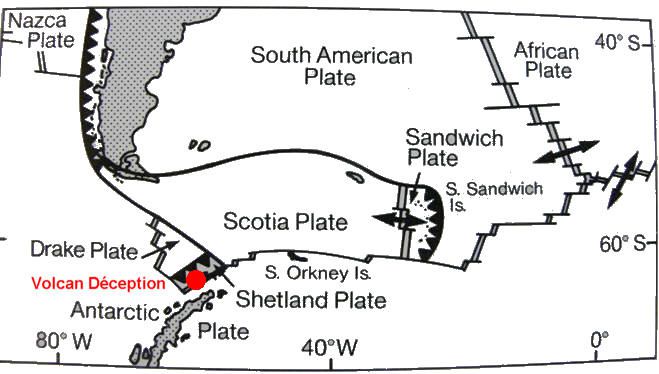 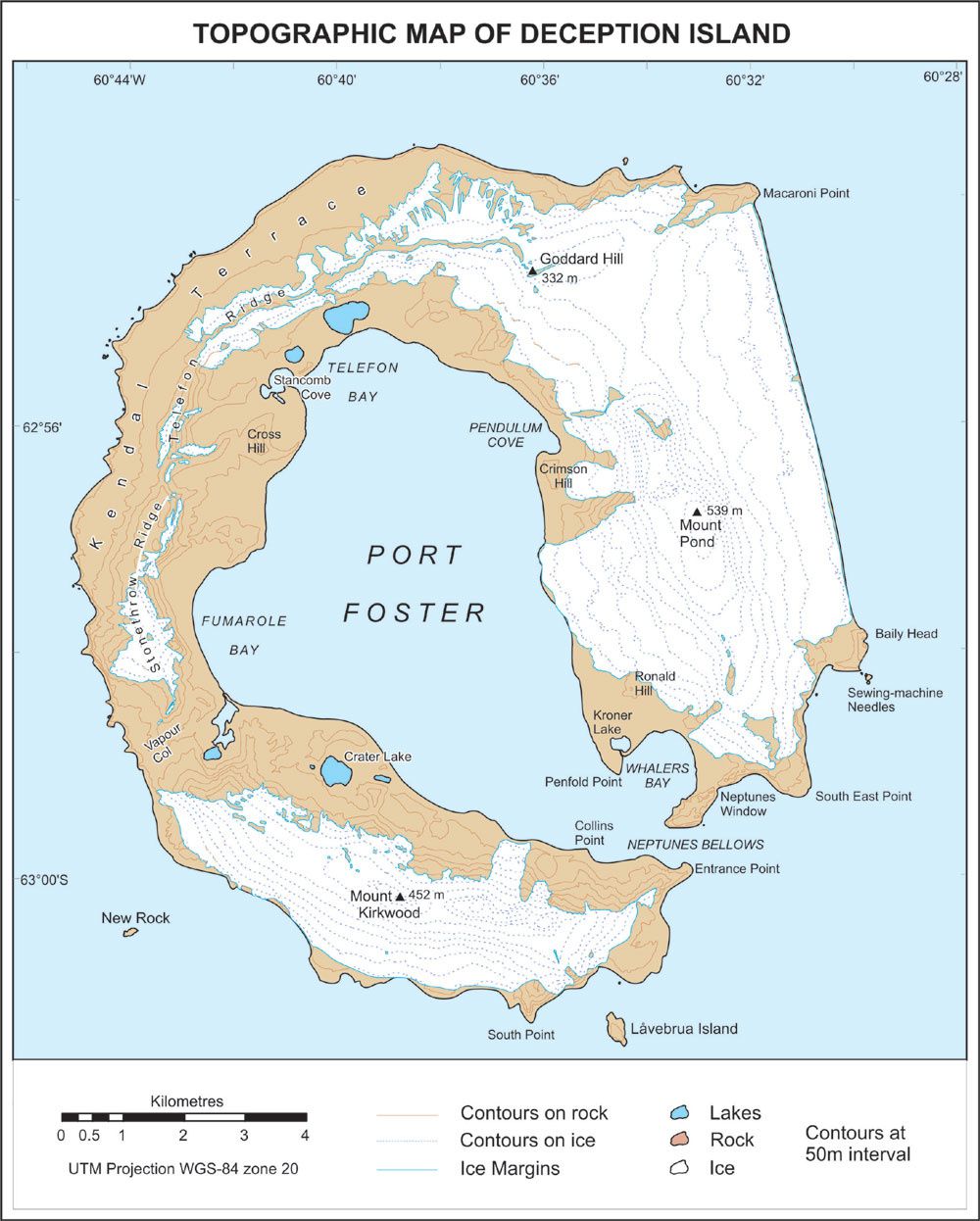 There are about nine thousand years , a violent explosive eruption sprayed 30 km ³ of molten rock from the volcano Deception . The summit of the volcano collapsed, following the discharge of its magma chamber , forming the Port Foster caldera, a bay protected from the winds and waves of the Southern Ocean .

The first eruptions were observed in 1790 , while others took place in 1828, 1842. In the 20th century two periods , from 1906 to 1910 and from 1967 to 1970, include the activity along circular fractures along the edges of the caldera . No eruption has marked the center of it , a sign of subsidence in cascade of a central block, in the manner of a piston sliding along a ring fault , and releasing by intervals the magma on its edges . (Alpes- geo / D.Corneloup )

Eruptions of 1967 and 1969 inflicted much damage to Chilean and British scientific stations.

In 1992 , an increase of seismicity was accompanied by ground deformation , and an increase of temperatures ... marking an intrusion that has not resulted in an eruption. In 1970, eruptions have been observed by scientists during the austral summer. The geothermal measurements show the presence of an average thermal gradient of 360 ° / km. ... suggesting a magma chamber at a depth of 3 to 4 km .

The caldera of Deception remains " unrest and at risk." The caldera has areas of thermal activity , including hot springs on the beach , with water between 30 and 70 ° C , and fumaroles of steam and sulfur on the internal and external sides . The large bay of Port Forster, at the center of the flooded caldera, covers most of the island, about 9 km x 6 . It has a narrow entrance , Neptune's Bellows (Forges of Neptune ) , 230 meters wide . Raven Rock, a rock in the middle of the inlet, submerged under 2.5 m. water, makes the access complicated.

At the entrance of the Forges of Neptune, is Whalers Bay , lined with beaches of black volcanic sand Goddard Hill, with 332 m is located NE of Deception . Two ridges ,  Teleton and Stonethrowridges ridges, form the west side and to close the iron horse , Mount Kirkwood, with 452 m.

The current maximum depth of the caldera is less than 200 meters , the result of a sedimentary post-caldera processes. Deception Island - climbing to the heights and overlooking the caldera and Neptunes Bellows 's, behind the group - Photo 03.2014 Antony Van Eeten


Sources:
- Thanks to Antony Van Eeten for its photo sharing