El Malpais national Monument ... In the Land of Frozen Fires - 1. In Spanish meaning "bad lands", this volcanic field, located between 1950 and 2560 meters above sea level, has cinder cones, spatter cones, a network of long lava tunnels, some ice caves and one of the largest natural arches of the state, known as "La Ventana".

The area is a traditional point of contact between cultures Mogollon, Anasazi, Sinagua and Patayan. The El Malpais structures are part of the Zuni-Bandera volcanic field, the second largest volcanic field in the Basin and Range Province.

The Zuni-Bandera field covers an area of ​​2,460 square kilometers in the southeastern boundary of the Colorado Plateau, at the intersection of the basin of the Rio Grande and the Jemez alignment. Its activity s' ranges from 3.8 to 3.7 Ma and 1.7 Ma.

At the edge of El Malpais, La Ventana arch is a natural sandstone arch.

Close to Sandstone Bluffs, a viewpoint offers spectacular views of the lava ... both are close to the 117 highway. They are of different ages and backgrounds. The most recent is the McCarty lava flow, on the west side, dated about 3,000 years. The oldest rocks are difficult to detect because of the landfill and cover. 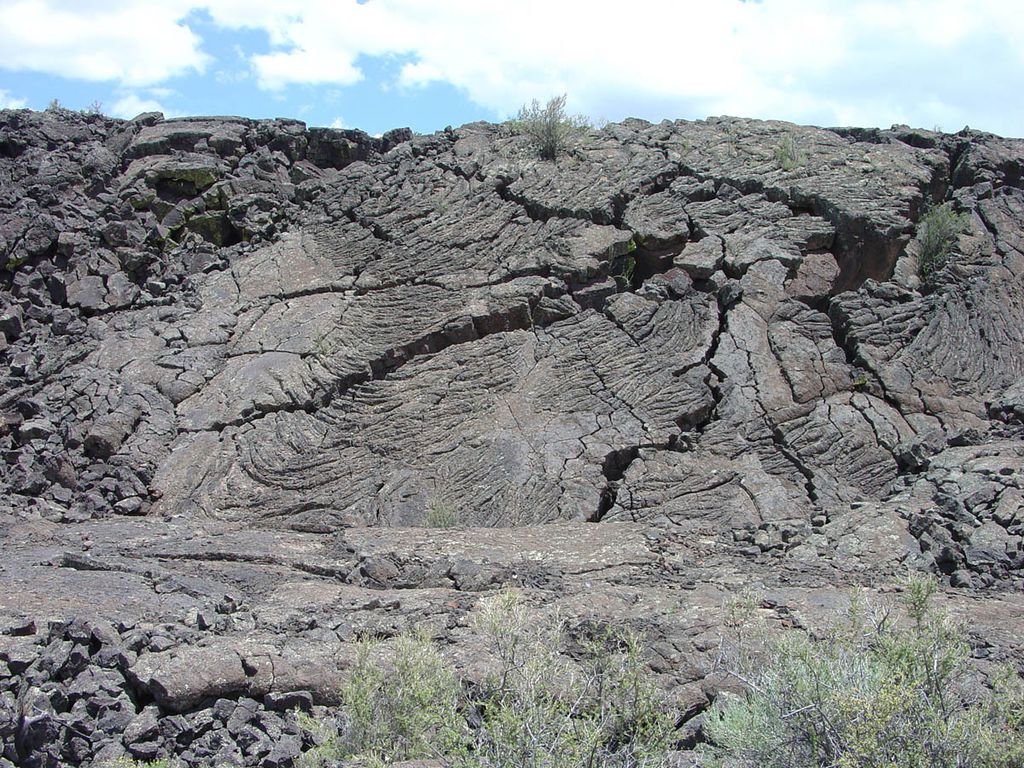 The structures present in Western National Monument, located in a mountainous and forested landscape, are less accessible but more spectacular than the rest of the park. Twenty-five cinder cones and the remains of a lava tube system from the Bandera crater, dating from 10,500 to 9,500 years.

"Big Tubes" are accessible by unpaved forest road that leads to the Big Four Skylight and to the Four Windows, lava tubes containing permanent ice, and a series of bridges of lava remains of a collapsed lava tube. El Malpais - one of the Seven Bridges, lots of snow nestled in its shadow - photo American Southwest

Only short sections of the roof of lava tunnel, collapsed largely, shaped bridges amounting to fifteen feet above the floor, covered with blocks and bordered by steep walls. Some lava bridges withstand much heavy pines. Four Windows cave - at the entrance of the lava tube, you can see the floor in pahoehoe lava - photo naxja.org

So named because of the small openings in the roof near the main entrance, the Windows Four lava tube present there a small moss garden, in the area where a little light penetrates, and populated by various invertebrates.

Ice stalagmites are formed there in the winter and can be keep, the temperature between -2 and +2 ° C.

Extensive bacterial coat, whitish to golden hues, lines the walls of the tunnel adjacent to the algal mats in the twilight zone, and cover up to 25-75% of the walls in dark area. It consists essentially of actinomycetes and is devoid of any invertebrate, due to secretion of repellents antibiotics.

- El Malpais: In the Land of Frozen Fires - A History of Occupation in El Malpais Country - by Neil C. Mangum 1990 - link