Explosive activity at Ibu volcano in the archipelago of the Moluccas.

The Volcanodiscovery site reports a moderate to low explosive activity at two different vents in the middle of the lava dome of the volcano Ibu , located on the island of Halmahera in the Moluccas archipelago, on 12 and 13 November. 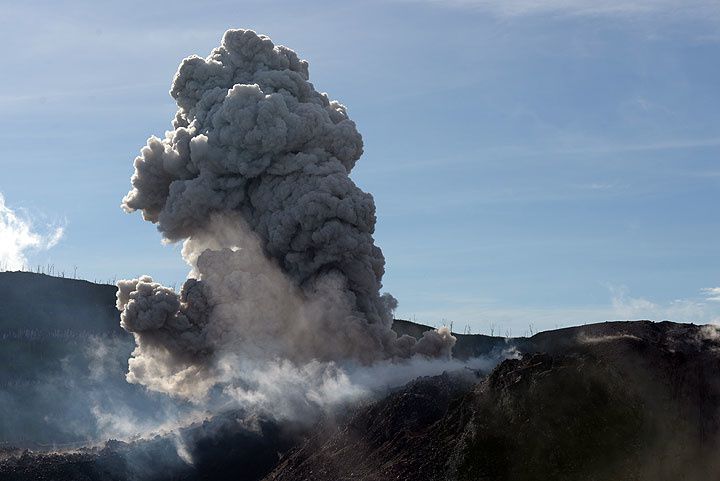 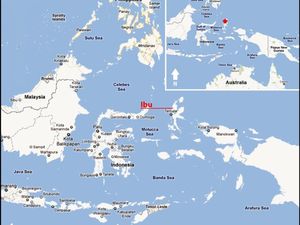 The Ibu stratovolcano has a truncated summit, housing two nested craters. The outer crater, 1,200 meters wide, is breached on its north side. The inner crater, 1,000 meters wide and 400 meters deep, has its floor covered in large part by a lava dome, which was set up in December 1998.

At the active vents, the vent further south is surrounded by a recent-looking cinder cone  of 60 m. wide and 30 m. High, producing explosions at intervals of 20-30 minutes. They seem to come, according to a field observation, from a vent located in the crater of the cone, and ejected both white vapor that plumes of ash, or tephra. The ash plumes form, sometimes in collapsing, small pyroclastic flows on the western slopes of the cone. A small incandescent is reported at night.

A second vent, north of the cinder cone, is characterized by Strombolian explosions, the issue of incandescent bombs at a height of 100-200 meters, and ash plumes rising to over 500 meters.

A possible third vent near the second is marked by phases of intense degassing of short duration. Accompanied by loud jet-engine like sounds, a dense steam plume was erupted, followed by dilute ash at the end of the degassing event..

The last eruption of the volcano Ibu began, according to the Global Volcanism Program, on April 5, 2008 and is still ongoing. 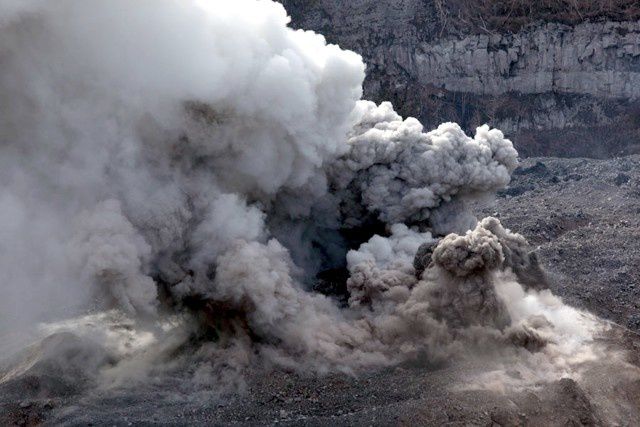