Fogo : eruption seems to calm down! 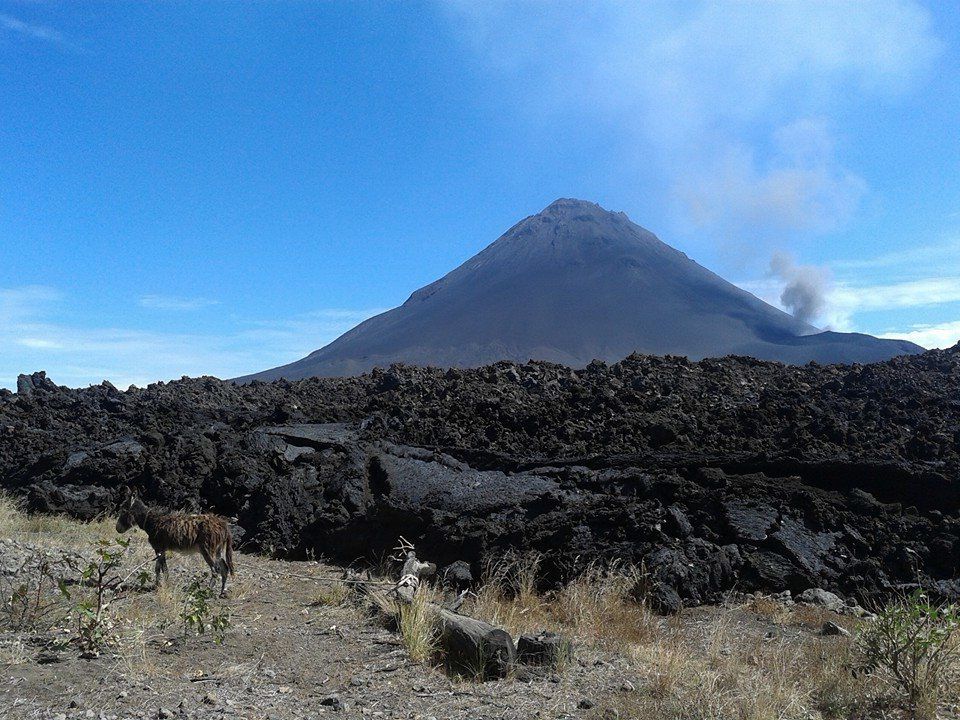 Twenty-three days after the start of the eruption, the volcano Fogo seems to calm down ... for seven days, the emissions of gases and ash are falling and the lava flow is stagnant, according to the official news agency Lusa.

The lava flow remains at a little over 600 meters of Bangeira (Saturday), and 3,500 meters of Fernão Gomes (situated at an altitude of 1,900 meters), the "critical point of slope failure", opening a descent without obstacle to the coastal villages, where Cutelo Alto and Fonsaco are in sight.

This information is contradicted on this Sunday, where the investigation GEOVOL Group reports that the lava flows laterally in areas where cooling casting has weaknesses. Sulfur dioxide emissions were measured by Involcan to 9,000 tonnes per day on 13.12. Fogo News reports lava flow heading Cova Tina, south-west of the eruptive site, and invading farmland.

Reporting by scientists from the University of Cape Verde / RTC Tv In front of the unpredictability of the volcano, the Coordinating Bureau of the Cape Verdean Government continues to implement the emergency plan for the north of the island, to be ready to react in case of worsening of the situation...About 2300 people are on alert for evacuation if necessary. Meanwhile, the humanitarian assistance ongoing to reach Fogo... two giant Ilyushin 76 cargo planes have landed on the island of Sal, loaded with six tons of support materials. They allow an eventual evacuation to São Filipe.

A ship left Angola with more than 9,000 tonnes of food aid, and housing construction kits.

The Government of Cape Verde is now focusing on the relocation of thousands of displaced people after the destruction of Portela and Bangueira villages, and the creation of sources of revenue for families in the agricultural zone of Cha das Caldeiras.