Fogo : the eruption in early February.

Volcanic activity on Fogo / Cha das Caldeira has been little commented in February ... a report from the University of Cape Verde helps us to fill that gap.

Despite a significant decrease in sulfur dioxide emissions associated with the eruption column, estimated at an average rate of 214 tonnes / day (compared to 12,500 tons / day December 2, 2014), the eruption is not over. Scientists at the University of Cape Verde note moderate explosions at a rate from 1 to 12 explosions per minute on February 3, and the presence of an eruptive column of 800 to 1,000 meters high with projections of spatters and materials pyroclastic. The temperature of the active flows between Monte Beco and Monte Saia reached 639 ° C. Fogo - pahoehoe lava flow sub-vertical and temperature mesurement with a thermal camera on Feb. 3 - a click to enlarge - doc. OVCV 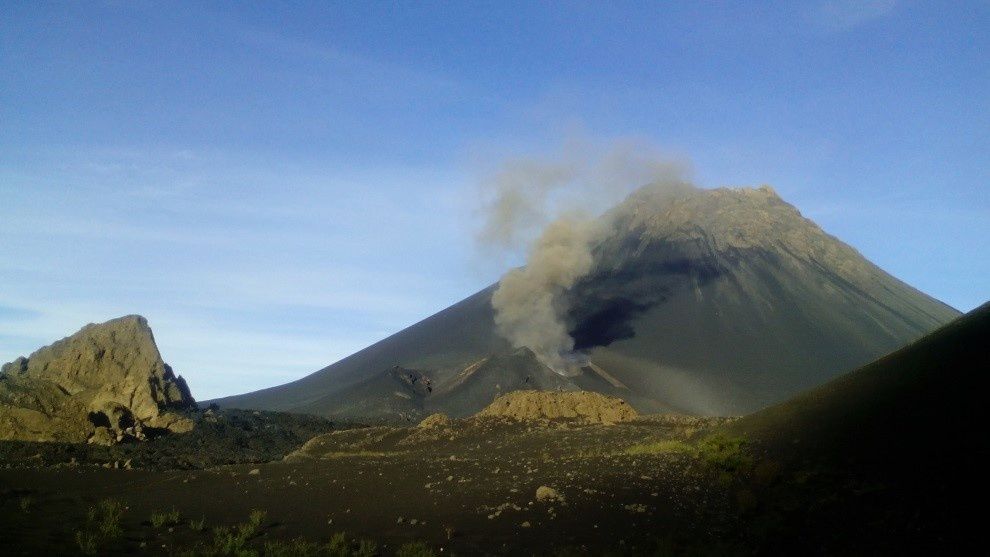 On February 5, cloudiness does not clearly let see the plumes emitted; explosions are heard at a rate of up to 3-6 per minute. Loud noises are attributed to movements in sub-surface.

February 6, at the beginning of the afternoon, a series of explosions generates the formation of plumes loaded, of a brownish color amount at 400-600 m. Between 13:45 and 15:45, explosive activity becomes more intense accompanied by a rising plume at 1200-1500 meters, and the projection of larger blocks and bombs. The temperature of the lava flows decreases, however, between 200 and 345 ° C. On February 7, the plume of ash and gas is less dense, but still loud explosions ... at 14:30, the level of volcanic activity increases, with significant volume of gas at the crack and eruptive plumes loaded, depositing ash in the east of the island. Around 17h20, the intensity and frequency of explosions diminish, as the height of plumes. 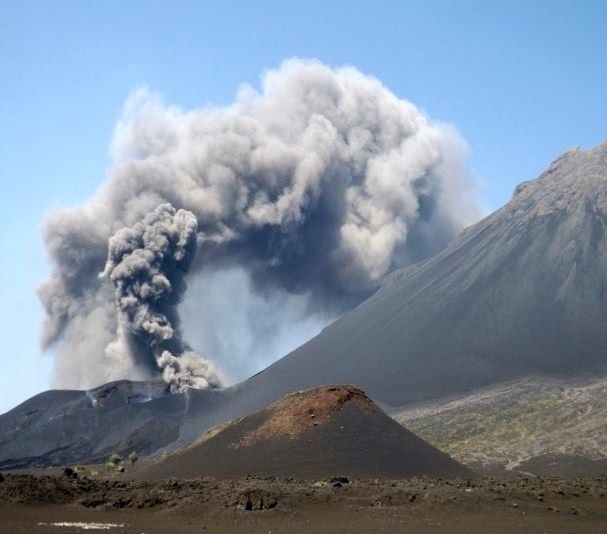 On February 10, "Fogo news" relates generally calm, with less release of gas fumaroles and ash, which would following Nadir Cardoso, from the Uni-CV, an indicator of the final phase of the eruption, given the stability of the situation in the past three days. The rate of measured SO2 declined around 100 tons / day.