Fossils clarify a theory about the origin of the Canaries.

The submarine eruption at El Hierro in the Canary Islands in 2011 produced floating rocks, the famous "restingolitas".

The lateral movement of magma for miles in contact with sediment interface at 4.5-5 km deep, corresponding to a sedimentary level of the pre-island, led to the discovery of sedimentary xenoliths in these rocks balloons issued during the first week of activity.

Nannofossils were found in 50% of samples of xeno-pumice examined microscopically by an international group of scientists ... among them, coccoliths which are bio-stratigraphic markers. 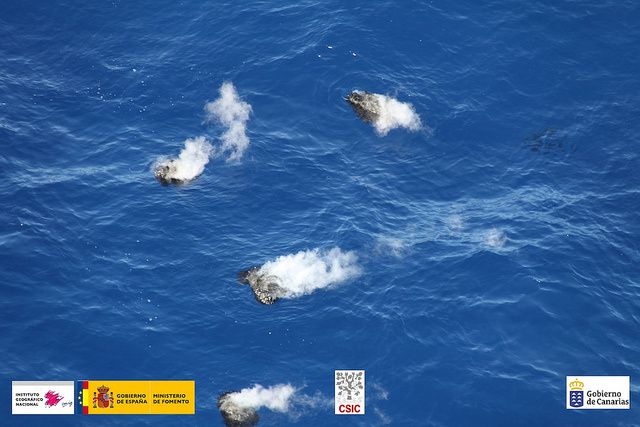 The debated origin of volcanic islands of the Canary archipelago:

Two models are competing.
The first is based on the monitoring of the position of the volcanic activity by fractures marking the ocean floor, the second on the intervention of a mantle plume of molten rock feeding from below the growth of the islands.

A fixed mantle plume under the African plate moving eastward imply a more recent dating of islands and pre-volcanic sediments to the west ... the model based on fracture being more consistent in contrast with ages of island located randomly. Ocean sediments become younger from east to west of the archipelago, the model of the origin of it related to a mantle plume is enhanced. A): Map of Canary (blue) and Madeira (red) archipelagos, associated seamounts, and magnetic ocean floor anomalies (yellow)28. New and reported ages imply an east to west age progression for the Canary and Madeira archipelagos, whereas the Cretaceous seamounts to the south of the Canaries appear randomly age distributed. The new fossil ages imply a time window between Cretaceous and present-day Canary volcanism of ~130 Ma in the vicinity of El Hierro. (B): Schematic SW-NE cross section through the Canary archipelago (vertically exaggerated). The El Hierro nannofossils now identify the youngest sub-volcanic sedimentary strata (~2.5 Ma) in the west of the archipelago. - in "Nannofossils in 2011 El Hierro eruptive products reinstate plume model for Canary Islands"