This week, from October 3 to 12, the Volcanoes National Park in Hawaii is celebrating ! Ceremonies and visits are planned during the week of the Hawaiian archeology. Pu'u Loa, meaning in Hawaiian "long hill" or "hill of long life," is a sacred place, located on the south flank of Kilauea volcano, which has more than 23,000 petroglyphs.

Hawaiians call this rock art "Ki'i pohaku" or stone image ... which corresponds to the Greek etymology of the name petroglyph, petros / petra or for stone, and glyphein for engraving.

They are mentioned for the first time in 1823 by the Reverend William Ellis, a missionary. They will be analyzed in 1914 by the anthropologist Martha Beckwith. The center of Pu'u Loa is actually a volcanic dome surrounded by pahoehoe lava field, dated between 1200 and 1450.

Whatever the interpretation given to them, these petroglyphs have not only an aesthetic function, but also an esoteric function. They could be interpreted as the record of a journey around Hawaii, as an expression of the well-being and the human life, as a means of communication of past or current events, or as boundary marks or territories paths.

The patterns of the petroglyphs consist mainly of units containing holes or wells. Other shapes are geometric, patterns in circles, or encrypted drawing, or represent the sails of canoes, headdresses sometimes with feathers, or anthropomorphic forms.

Wells are present in numbers: according to scientists, there placed the umbilical cord of newborns and then covered with a stone ... in order to ensure a long life for the child. 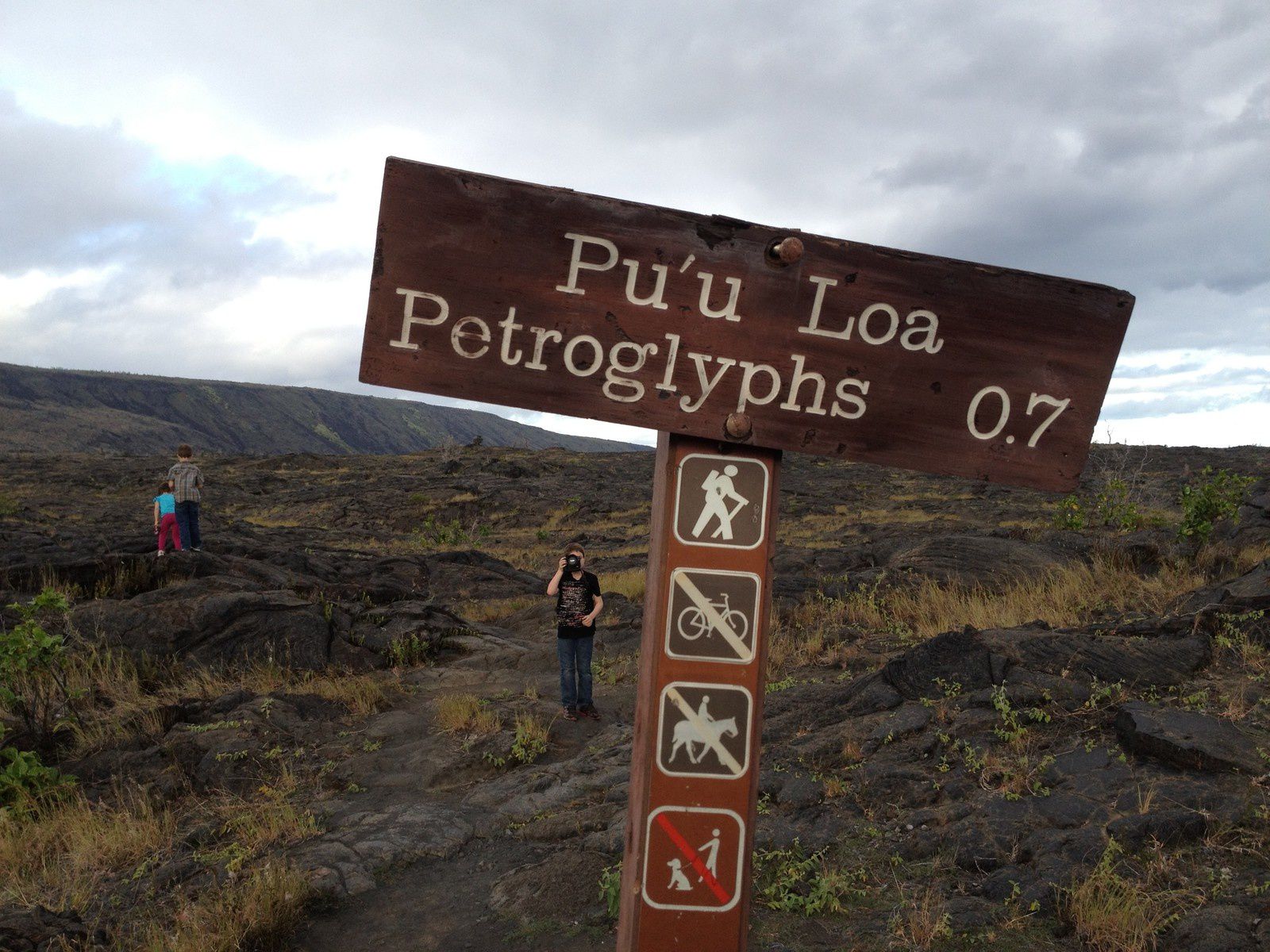 The trail to the Pu'u Loa Petroglyphs pass in the fields of pahoehoe lava. - Photograph by Christopher Elliott - Nat Geo Other sites with petroglyphs can be visited on the Big Island: Waikola petroglyph preserve and Pukao petroglyph field.

The administration of the National Park protected petroglyphs building pontoons raised, and no longer using that modern breeding techniques, illustration and measures in direct response on the ground, minimizing contacts that could exacerbate the erosion phenomenon.

Tomorrow : the footprints of the Ka`ū desert.