Kelud : a week after the eruption. BNPB have lowered on 20 February the alert level of Kelud to III / Siaga due to a decrease in the seismicity, according Culture volcans. The site of the VSI / Badan Geologi however indicates no change.

The agency disaster management believes that the eruption is over, despite strong degassing always present, and the amount of ash and debris that rest a potential danger. Volume is estimated at 50 million cubic meters , which could spread the risk of lahars on several weeks depending on rainfall .

On the International Charter Space and Major Disasters website / USGS , a satellite image reveals the impact of the eruption on the summit area . A large crater 400 meters opened . Dome, parking area and access stairs in the crater have disappeared. We notice brownish areas corresponding to pyroclastic flows and other gray areas of drainages that have channeled the post- eruption lahars .
Jakarta Post reports damage to varying degrees of more than 6,000 homes, which can not be repaired at the moment given the problems of lack of means, the cement is between other defects. A bridge was washed away, several houses and a mosque destroyed . 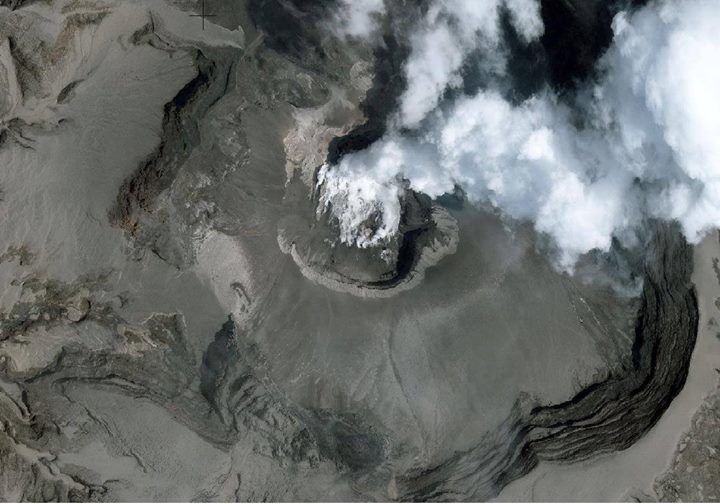