The Tharsis volcanic province covers an area corresponding to 25% of the Martian surface , a diameter (ground surface) of about 8,000 km. It is characterized by an extensive volcanism and tectonic activity .

Various hypotheses for its formation and evolution :

- The topography of the Tharsis Province could have been produced by construction, rather than by raising another hypothesis. Elastic and heterogeneous lithosphere has been subject to fracturing , and a volcanism concentrate on that area .

Anyway, the volcanism was active until a currently 100 to 250 Ma, which is the recent geological worldwide , estimated at 4.6 billion years. 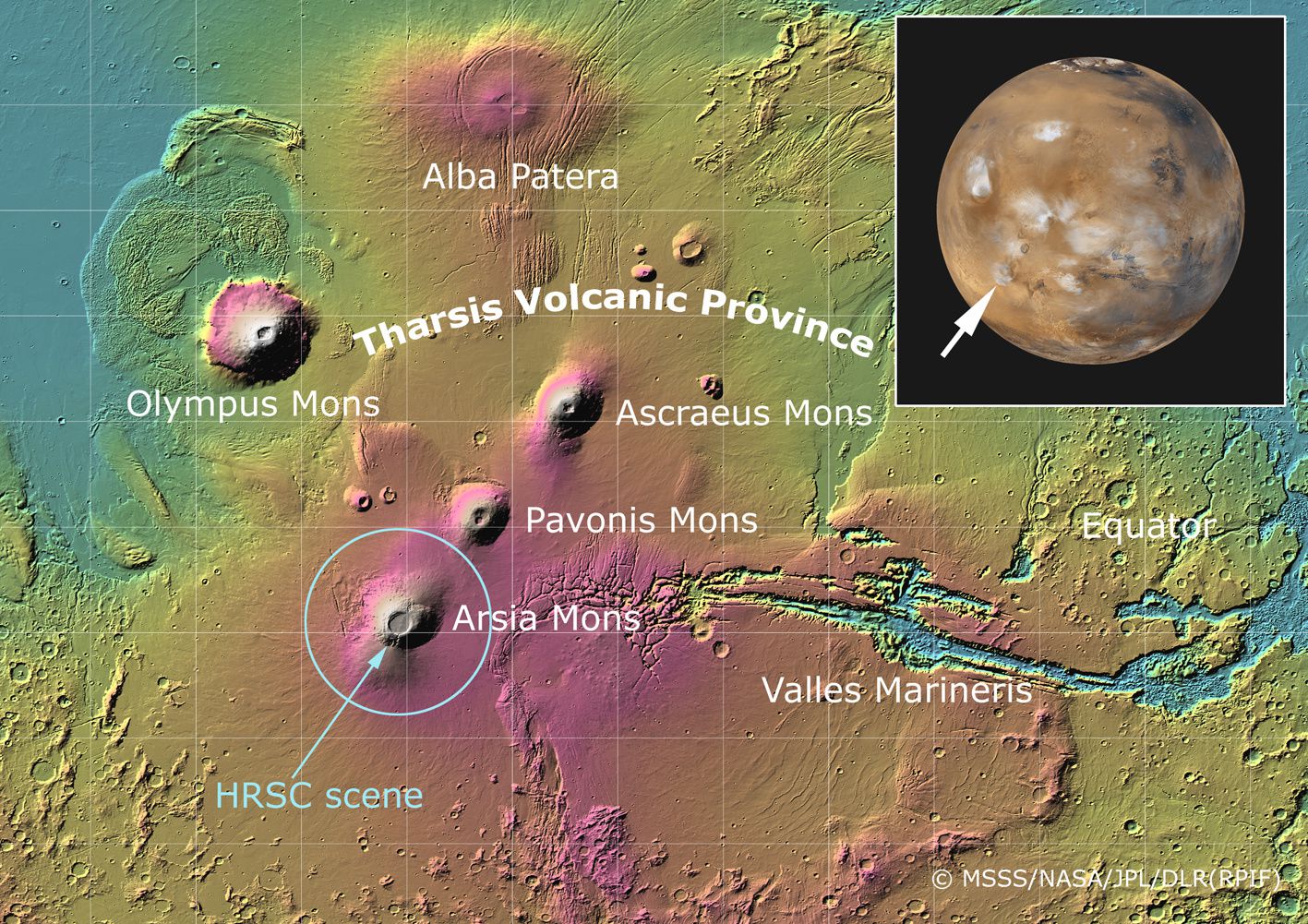 Ascraeus Mons is the second highest summit in March , after Olympus Mons , the volcano of superlatives , with 21,229 m. , located northwest of Tharsis Mountains .

Throughout, the high density of volcanoes corresponds to a basaltic composition , consistent with that of Martian meteorites fallen on Earth.

New data show a change in density during the construction of the chain of volcanoes . At first, we deal with andesitic lava , lighter , and related to the presence of water, then with  basaltic lava heavier. Tharsis mountains , February 22, 1980 . From bottom to top , the mountains Arsia , Pavonis and Ascraeus - Image reconstructed from a mozaïque of images captured by the Viking probe His flows are on the same scale : a publication of the ESA on images taken by the Mars Express probe on November 28, 2013 revealed the existence of two distinct flows of lava which flooded an area of ​​Daedalia Planum , located about 1000 km . southeast of the volcano. 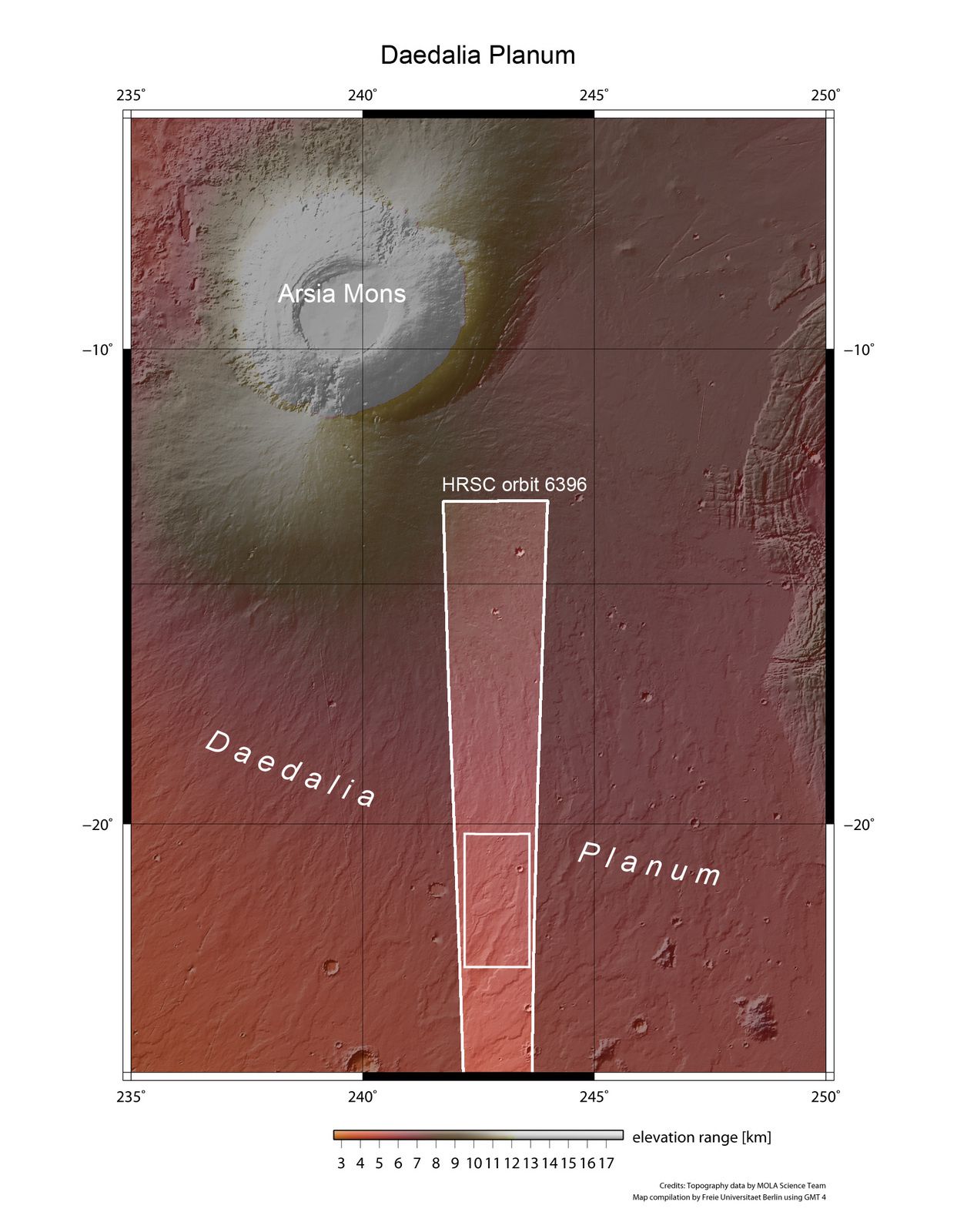 Daedalia Planum and his lava flows in perspective - doc . ESA

These flows are of different ages , such as craters impacts shows.

The oldest , fractured , contains more impact craters , and larger than the younger.

The latest flow has various features including pressure ridges and a lava channel . Older flow has in its lower part a smoother surface , due to the accumulation of sediments. Impact craters show signs of modification, the largest of which is not affected by the lava flow , but whose ejecta formed during the impact is partially covered with lava.