Micronesia - the peculiarities of Yap. 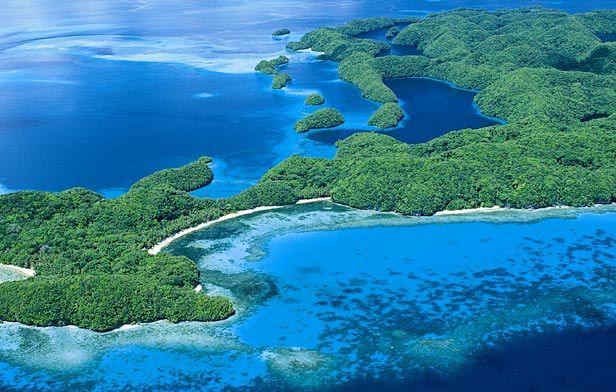 The state of Yap consists of four major islands , Yap , Maap , Tomil, Rumong, seven small islands and 134 atolls. They are of volcanic origin and composed of volcanic and metamorphosed ultramafic rocks , coral and mangrove mud .

Yap islands are a volcanic arc system to the eastern edge of the Philippine oceanic plate (Yao trench) and are connected to the arc of Palau to the south, and the Izu- Mariana arc to the north. Yap is located on the edge of the microplate Carolina , subducting beneath the Philippine plate.

Volcanism ended in Yap arc at the end of the Oligocene or Miocene , with no evidence of activity then . 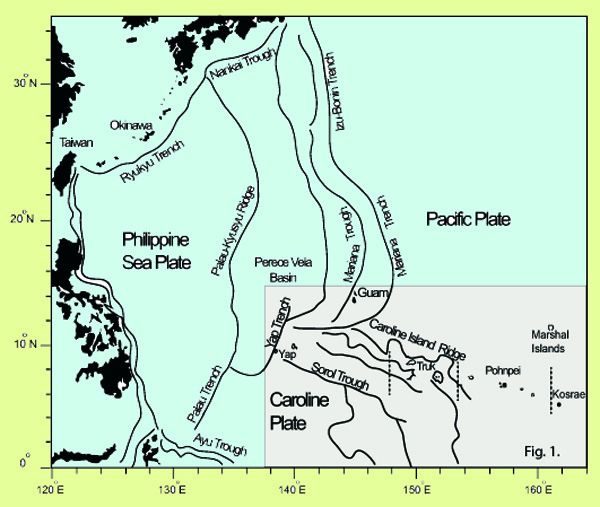 Tectonics Caroline Islands - doc . Geological origin of the volcanic islands of the Caroline 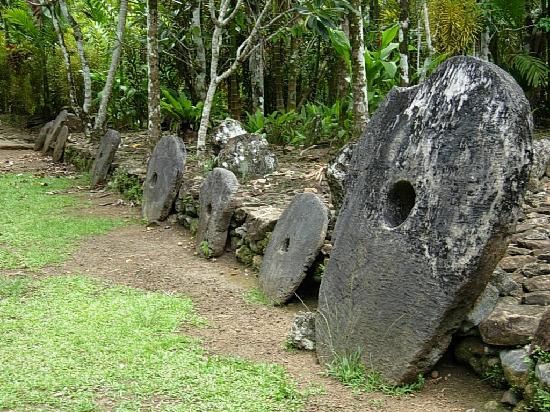 This is not the only feature of Yap !

She is also known for its currency : large disks usually made of calcite , cut in a doughnut form (with central hole ) , ranging from 3.5 cm. up to 4 meters in diameter. Five major types coexist : the Mmbul , Gaw , Fe ' or Rai , Yar , and Reng . Many discs comes from other islands, as far away as New Guinea , but the majority comes from Palau .

Discs of Yap looks like quartz, and historically, their value was related to their specific brillance. Apart the beauty of the rock and the story relates to the stone itself ( age , number of victims for its extraction, and his transport) , its size is also taken into account to determine the value , as well as the social status of the parties to the transaction. As no more disc is imported or produced , the exchange remains fixed.

Today, the currency used for transactions is the U.S. dollar, and the stone discs are used for traditional or ceremonial exchange . The stones do not move, but can change ownership during marriages , transfers of title, or as compensation for damages. 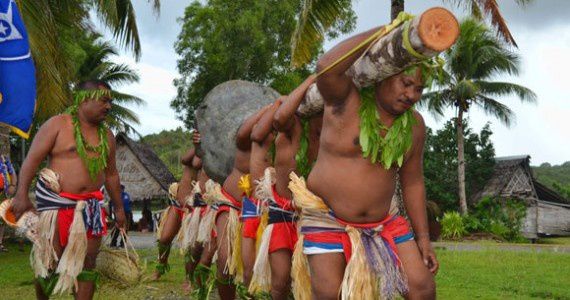 Yap was populated by migrants from the Malay Peninsula , Indonesia , New Guinea and the Solomon Islands . By cons , the outer islands were by Polynesians . Historically , a tributary system existed between Yap proper and the outer islands ... in relation to the need to get goods from the Big Island , as food or wood to build boats.

The people of Yap in Micronesia is known for its traditional dances performed during festivals and special occasions like marriage of a chief. Dance of Yap, called Churu ' is transmitted from generation to generation carefully , together with historical songs . The dancers dress in leaves and flowers of coconut and coat the skin of turmeric and coconut oil to give them a golden appearance . These dances are performed in separate male or female groups. Other dances originating from the outer islands , such as the war dance highlighting the art of fighting with sticks , are performed by mixed groups of young people . - Geological origine of the volcanic islands of the Caroline - link