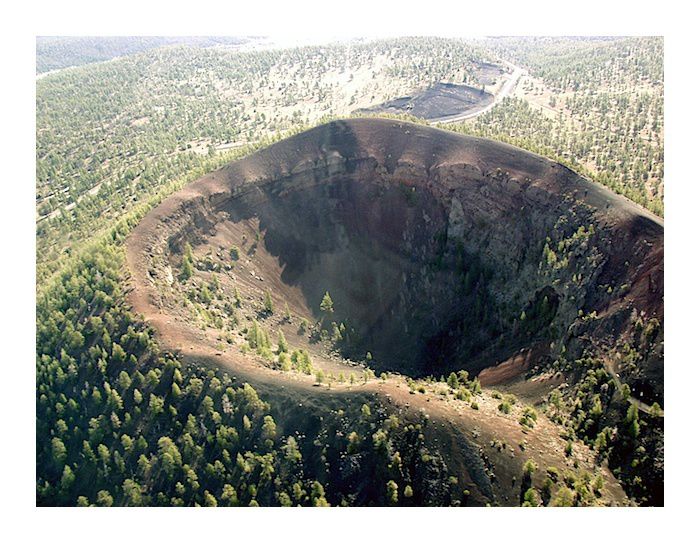 The different lava flows, pahoehoe and aa, are differentiated by different shades of gray on the satellite photo, transcribed in different colors on the geological map. On the geochemical level, the flows of the Zuni-Bandera VF include tholeiitic basalts, alkaline basalts, andesites and basanites. They are considered as typical of intra-plate volcanism and chemical signatures have characteristics of enriched and impoverished mantle sources.

Among the lava flows, we examine the McCartys and Bandera Crater flow.

Although some of the lava has flowed to the southwest of 8-9 km, most of it followed the existing drainage and sunk north for 40 km before turning east into the valley Rio San José. She covers ancient basalt and alluvium. It was produced by the Bandera Crater, a dual cinder cone, 150 meters high and 1,000 meters in diameter, breached southwest side as other cones volcanic field, in part as a result of winds that availed at the eruption time. A large lava tube, collapsed in places, extends to 29 km. south of the crater.

Seven steps have been recognized in the development of Bandera Crater and its associated flows, with the highlight being the eruption of black ash covering the cinder cone and the hills to the north. In the latter, two wells were opened in the ash of the hills for commercial purposes. Is it founded mantle xénolythes and megacrysts of anorthoclase. The lavas are nepheline, holocrystalline and vesicular.

Dating by various methods revealed that the ash and lava are dated there about 10,000 years.

Basalt casting Bandera was used as a building material by past civilizations, a.o. by the Anasazi Indians. 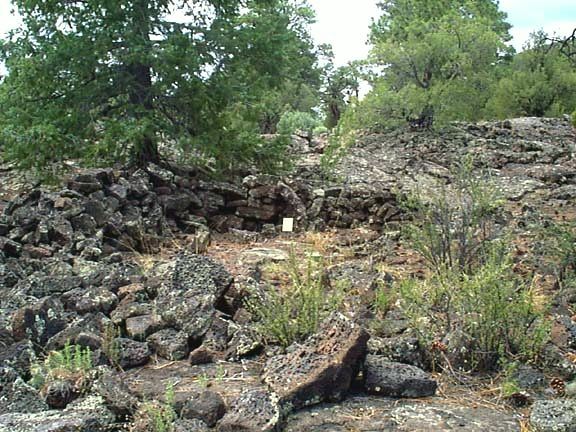