The prefecture of La Réunion implemented the alert phase of Orsec Plan / probable eruption to the Piton de La Fournaise from this July 6 to 14 hours, which implies a prohibition of access to the upper part of Enclos and the landing of helicopters.

The Volcano Observatory recorded since July 6 to 12 pm. "An increase in the number of low-intensity earthquakes located below the top of shallow volcano (91 earthquakes of magnitude 0.5 to 1 at a depth of about 1,500 m. Below the top) and a persistent deformation (inflation ) on the northern edge of the crater "

The evacuation of hikers is outstanding under the control of the Force. Note that the vigilance phase of the volcano emergency plan was still in force since June 5 and the public access restricted to three paths: the Pas de Bellecombe / crater Kapor, Pas de Bellecombe / Chapelle de Rosemont and Rosemont Chapel / Observation Site of Dolomieu crater. 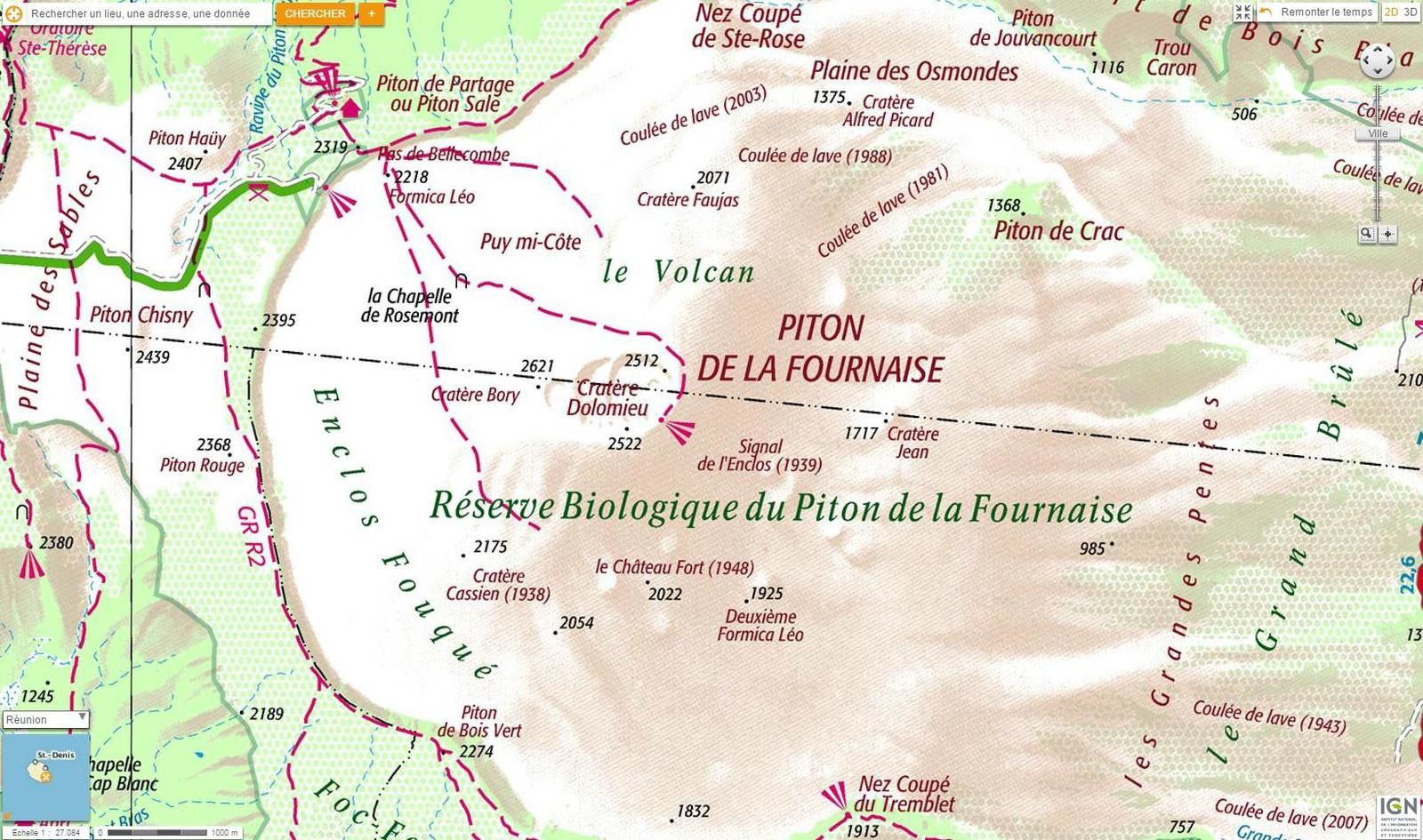 In Colombia, the Nevado del Ruiz has since the morning of July 6, volcanic tremor.

Web cameras recorded a plume charged in ash amount to 1,800 meters, with a possible impact on the Chinchina, Villamaria, Manizales and Pereira sectors.

Nishinoshima: opening of a new crater

The research ship "Akihiro", in the area, note the changes in the volcanic activity of the island-volcano.

A new crater formed on the northeast slope of the active cone.
The plume that characterized the summit crater end of June is no more present, and white fumaroles appeared on a northeast side fissure and covering the new crater. 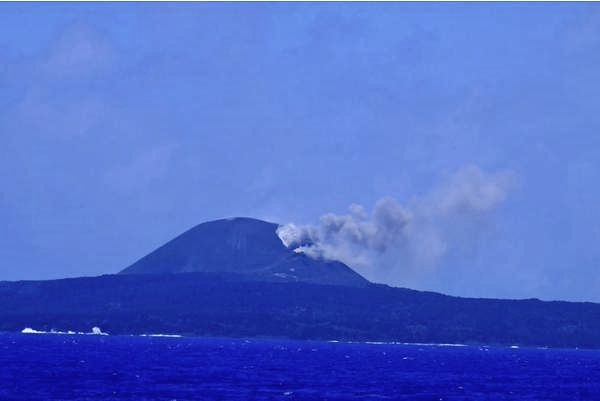 For comparison, Nishinoshima on 18.06.2015 (the plume of the active cone, and dotted, the hot spot of the lava flows) - photo Japan Coast Guards A false-color image (top) was acquired on June 21, 2015, by the Operational Land Imager (OLI) on Landsat 8. It combines shortwave infrared, near infrared, and green light (OLI bands 7-5-3). With this band combination, the plume of steam and sulfur dioxide appears white. Sea water is navy blue, and hot spots of lava are red. The lava is flowing toward the southeast part of the island through tubes that prevent OLI from detecting it until it emerges in a lava delta at the edge of the island. The natural-color image (below) was acquired by OLI at the same time as the image above. That band combination allows for an image with higher spatial resolution.