The island of Nishino -shima , located in Izu- Bonin- Marianas arc continues to evolve since the eruption of 1973-1974 , during which it has grown .

It is the top of a large submarine volcano ; the south, west and northeast flanks are covered with prominent peaks satellites .
1973-74 eruptions have emerge and reach new lands. 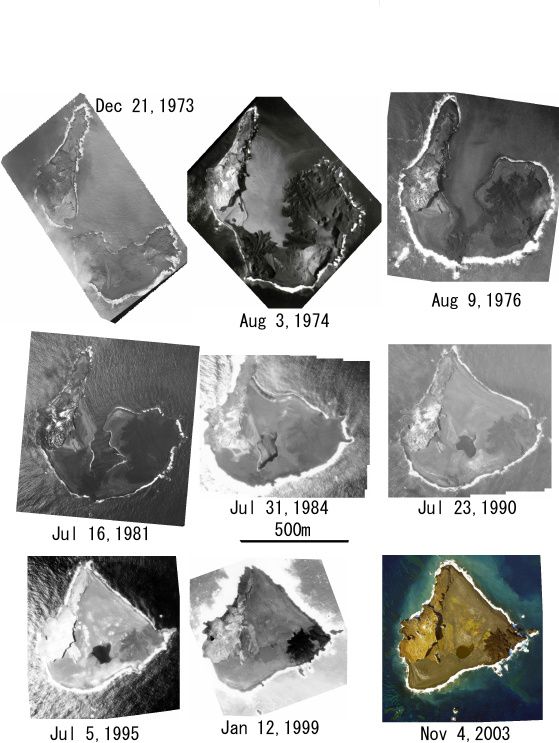 In November 2013 , after the appearance of a discolored water area, a surtseyan eruption occurs southeast of Nishino -shima . The new island has grown since , and effected a junction with the former , exceeding this in size . Nishino -shima on 02/16/2014 - junction took place - course of the lava flows in every direction, and position three vents ( red) - doc.aist

An aerial inspection by the Geological Survey of Japan, on 28 February 2014, shows emissions of ash and steam at the two cones of the last eruption ( see video). Castings in all directions reach the sea to the east, south-southeast and west-northwest . Closure by coalescence of the lava flows left a small lake, with a temporary existence , which eventually disappear through evaporation.