One of the brightest eruptions of the solar system observed on Io .

In 1969, it was noted for the first time volcanoes on Io, a satellite of Jupiter. Ground-based telescopes have shown subsequently that eruptions and lava fountains were common, but important eruptions were much rarer.

Io is the planet / the moon the most active  on a volcanological level of our solar system. It is also the only celestial body which his volcanoes emit an extremely hot lava, similar to the one we saw on earth. Due to the low gravity prevailing on Io, these large volcanic eruptions produce an umbrella debris that flow in space. 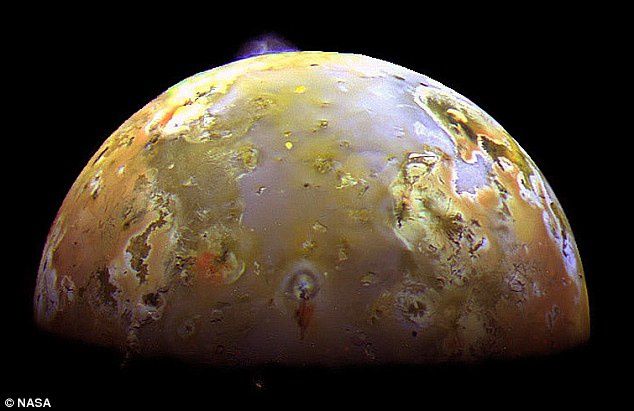 In August 2013, three massive volcanic eruptions marked this satellite of Jupiter, in a fifteen days ... leading to the hypothesis that these phenomena considered as rare, are actually much more common than previously thought.

A study made ​​by Imke de Pater and his team from the Californian University of  Berkeley, reveals that these three eruptions, including the last of the series, the more energetic, are likely characterized by "curtain of fire", and fissural emission of lava ... on more than 20 km. 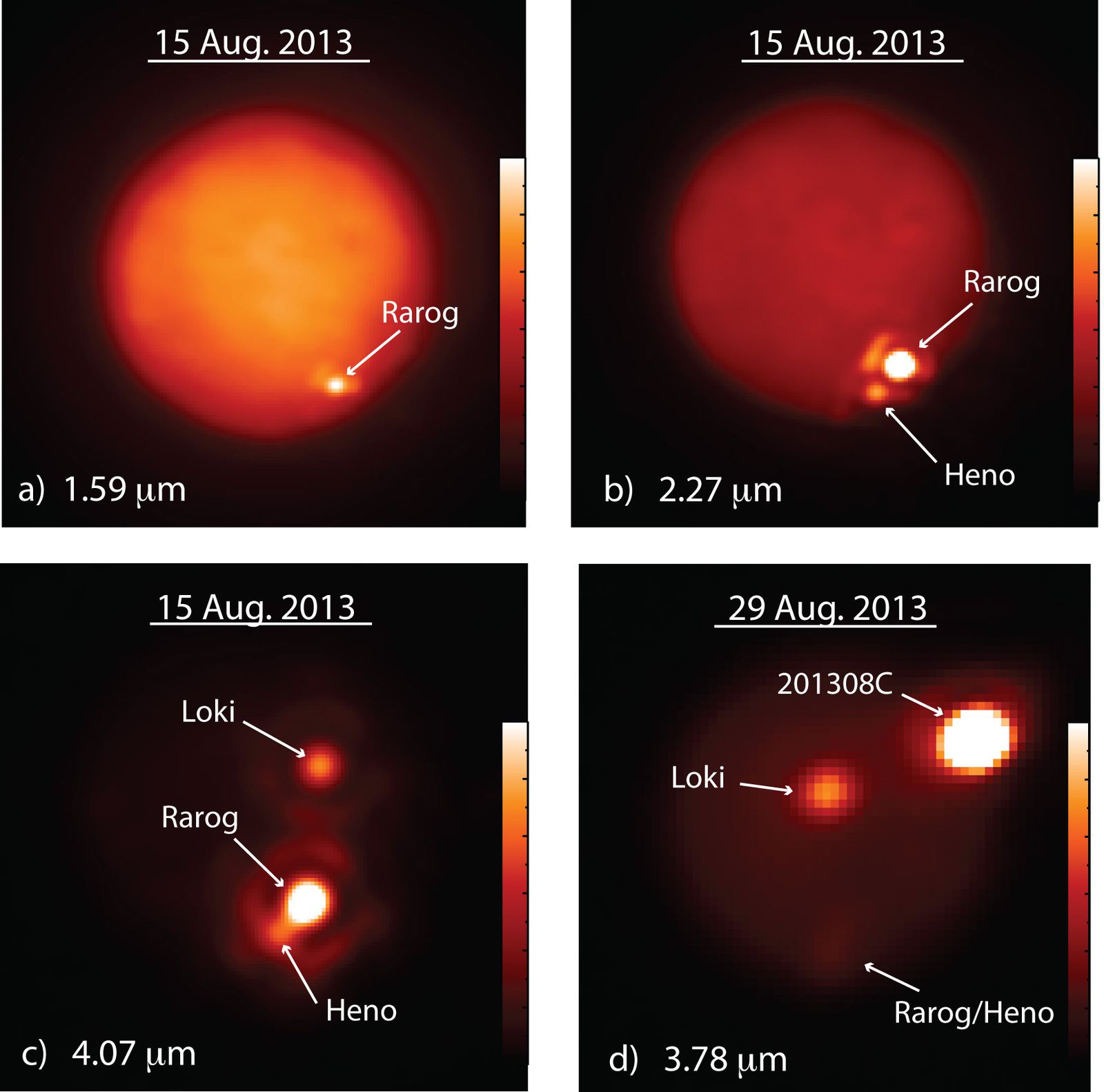 Images of Io obtained at different infrared wavelengths (in microns, μm, or millionths of a meter) with the W. M. Keck Observatory’s 10-meter Keck II telescope on Aug. 15, 2013 (a-c) and the Gemini North telescope on Aug. 29, 2013 (d). The bar on the right of each image indicates the intensity of the infrared emission. Note that emissions from the large volcanic outbursts on Aug. 15 at Rarog and Heno Paterae have substantially faded by Aug. 29. A second bright spot is visible to the north of the Rarog and Heno eruptions in c and to the west of the outburst in d. This hot spot was identified as Loki Patera, a lava lake that appeared to be particularly active at the same time. Image by Imke de Pater and Katherine de Kleer, UC Berkeley.

The first two eruptions discovered by Pater, through an infra-red camera coupled to a telescope of the Keck Observatory in Hawaii, concern the southern hemisphere of Io.  One, in the caldera named Rarog patera, produced a thick casting over 80 km ², and the other near Heno patera, gave flows covering more than 190 km ². The Aug. 29, 2013, outburst on Io was among the largest ever observed on the most volcanically active body in the solar system. Infrared image taken by Gemini North telescope, courtesy of Katherine de Kleer, UC Berkeley.

The third eruption, much larger, took place August 29, 2013. It was discovered through the instruments (Gemini and IRTF) located on Mauna Kea. The temperatures recorded during the eruption are much higher than those recorded during the current terrestrial eruptions, indicating that magma composition has encountered on Earth only in the formative years of our planet. The emitted energy is about 20 terawatts, and the volume of lava expelled from several cubic kilometers.

These eruptions observed on Io will help to understand how the great plains of lava are established on Earth, and the complete history of ancient eruptions on our planet.

- Science Codex  - extreme volcanism : image captures one of the brighest volcanoes in the solar system - link