The remains of the iconic Torre del Filosofo have disappeared, completely this time, buried under the debris of the last peak of Etna, the 14th of 2013 . Legend has it that the Greek philosopher Empedocles ( εμπεδοκλῆς - ca 490 - 430 BC) was established there a small observatory near the top of Mount Etna. He threw himself into the central crater existing at the time at the top of the volcano ... his motives are unclear : asking this act, he wanted to commit a suicide, or become an immortal god by throwing himself into the volcano, or prove to people that he could survive at the fire of Etna and come back safely ? Legend says that the volcano swallowed Empedocles and spat one of his bronze sandals .
It is assumed that the philosopher did not throw themselves into the crater , but continued to live after this volcanic episode , participating in the political and cultural life of Syracuse.


In Roman times , a stone and lava building was erected on Mount Etna, a gazebo for the Emperor Hadrian (Route description, history and art of Italy and Sicily - By Joseph Augustin Du Pays) which inspired the idea of the tower. 
The area coincides with the rim of a small caldera, formed in the year 122 BC., during the most violent explosive eruptions of the past 10,000 years .


In the late '60s, a new building , known as the " Torre del Filosofo " , was built there , to serve as a mountain refuge. Never inaugurated , it was almost completely destroyed and buried by the eruption of 2002-2003. 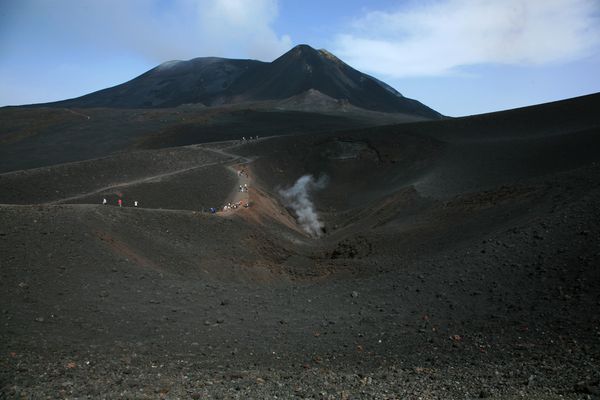 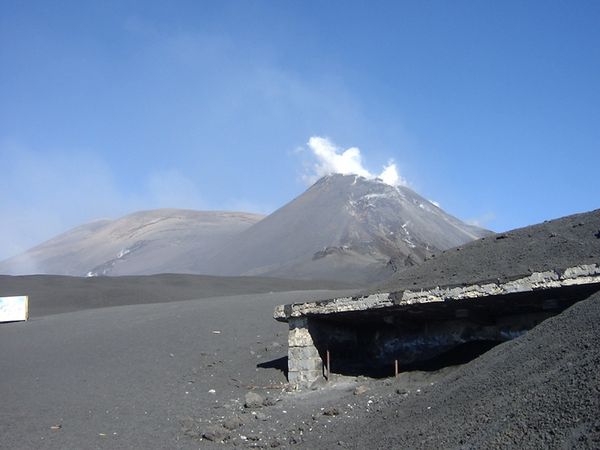 The remains of Torre del Filososfo refuge  in 2008 - Photo P.N.Etna

A wooden chalet set by the group of guides Etna Sud to the terminal of  Funivia dell'Etna 4x4 bus burned during the climax.