A team of geologists from Brigham Young University - BYU - led by Eric Christiansen and Myron Best, highlighted one of the largest eruptions on Earth. 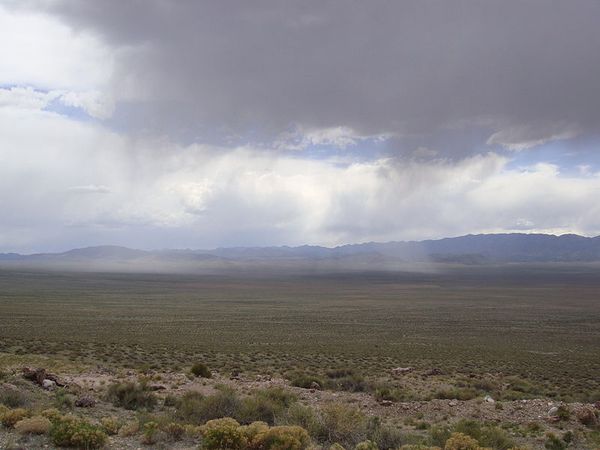 Geologists have identified in the area a couple of large eruptions and no less than 20 large calderas . These volcanoes are not active today .

A volume of magma over 5,500 km ³ has been issued by one of these super- eruptions, over a very short period of about a week at a place called Wah Wah Springs. 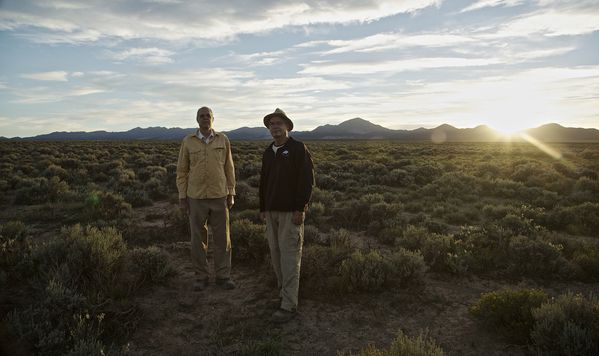 These events are dated to 30 million years . In comparison with the eruption of St. Helens in 1980 , although its nature is different, the Wah springs eruption is about 5,000 times greater .
Etymologically, " Wah Wah " translates to " a good clear water."

The dacitic tuff Wah springs is one of the largest volumes of ignimbrites issued during the peak of activity in the large ignimbrite basin of western North America .
The eruption buried a vast region extending from central Utah to central Nevada , from Fillmore to the north to Cedar City to the south. Traces of ash were found to Nebraska . Situation of the Indian Peak caldera in the Great Basin - the tuffs Wah Wah springs emanate from the caldera - doc . USGS In southern Utah , deposits of this unique eruption reach a thickness of 3.900 meters, which leaves imagine how this episode was disastrous . The deposits were subjected to various analyzes : fluorescence X - ray , chemical analyzes of minerals, dating to verify that this ignimbrite did belong to the same old super- eruption.

At that time , dinosaurs are already extinct , but preserved in these ancient volcanic deposits flora and fauna indicate a different climate of the present day : there are palm trees , rhinos , camels and turtles. Wah Wah springs caldera is estimated at 40 km. wide, with a depth of about 5 km., at the time of its formation ... comparable to the Yellowstone size ( Wyoming).
The ravages of erosion and deformation then transformed the landscape , so that despite its huge size, this eruption and this super- volcano remained " hidden " for millions of years ... and it took the involvement and the work of hundreds of students and teachers to rediscover .

In the northern part of the Wah Wah mountains, Crystal Peak slice of the surrounding landscape and is composed of erosional remnants of rhyolitic tuff Paleogene, containing an abundance of quartz crystals double tip . A series of thrust faults cuts the sedimentary rocks south of Wah Wah mountains . It is known as the cradle of red beryl, more expensive than gold gemstone ... we will consider in a later article.