St. Helens anniversary of the resumption of activity in 2004 after the great eruption of 80 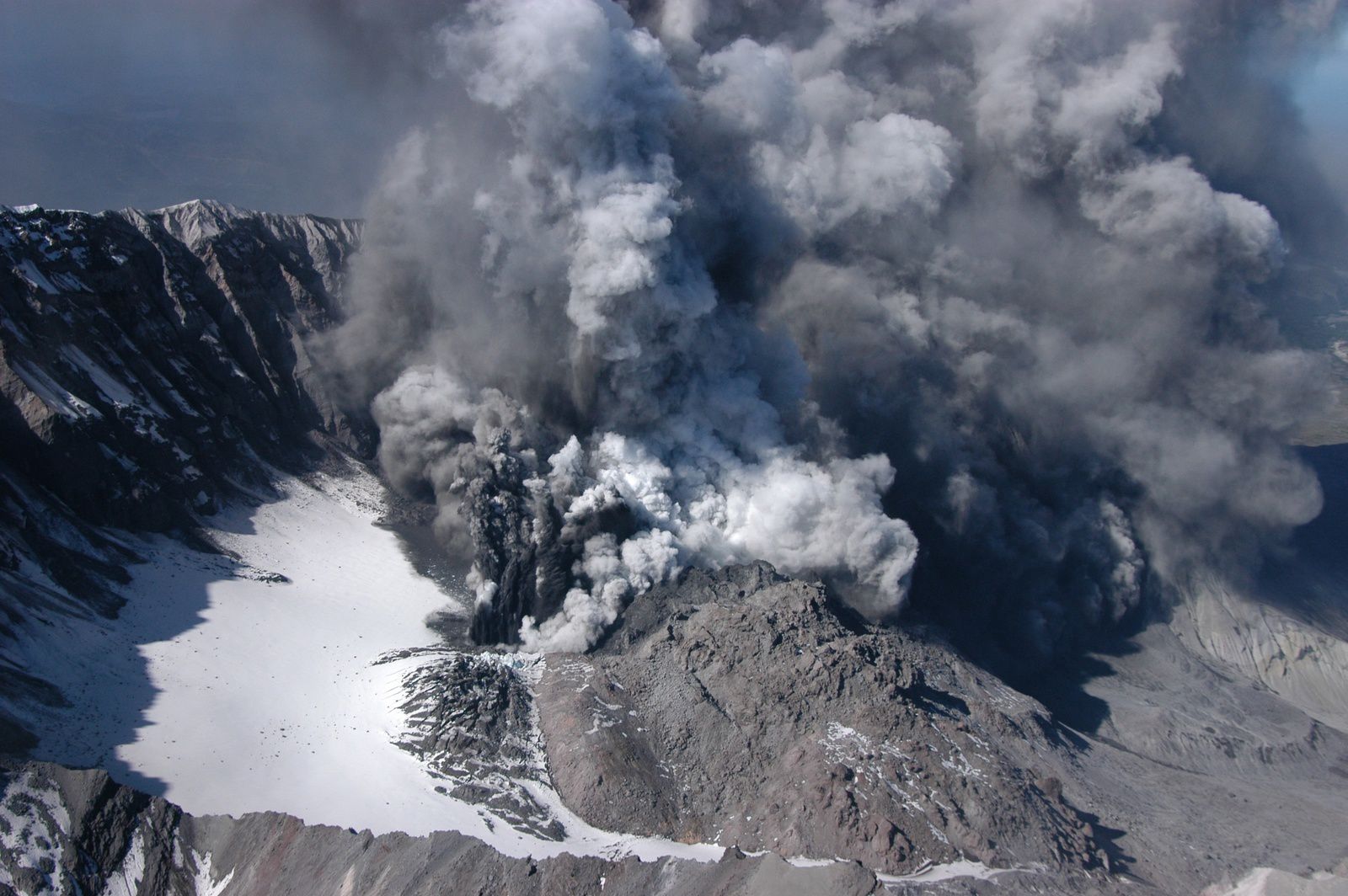 In late September, an anniversary at St. Helens : the resumption of the volcanic activity after the eruptive crisis of 1980-1986.

On September 23, 2004, after four years of "seismic calm," a swarm of small-magnitude and shallow earthquakes begins under the lava dome that has formed in 80-86.

Seismicity will increase, until it opens on October 1, 2004 on a series of explosions associated with ash plumes, starting from a vent located on the SW edge of the old dome. A quieter stage follows next. 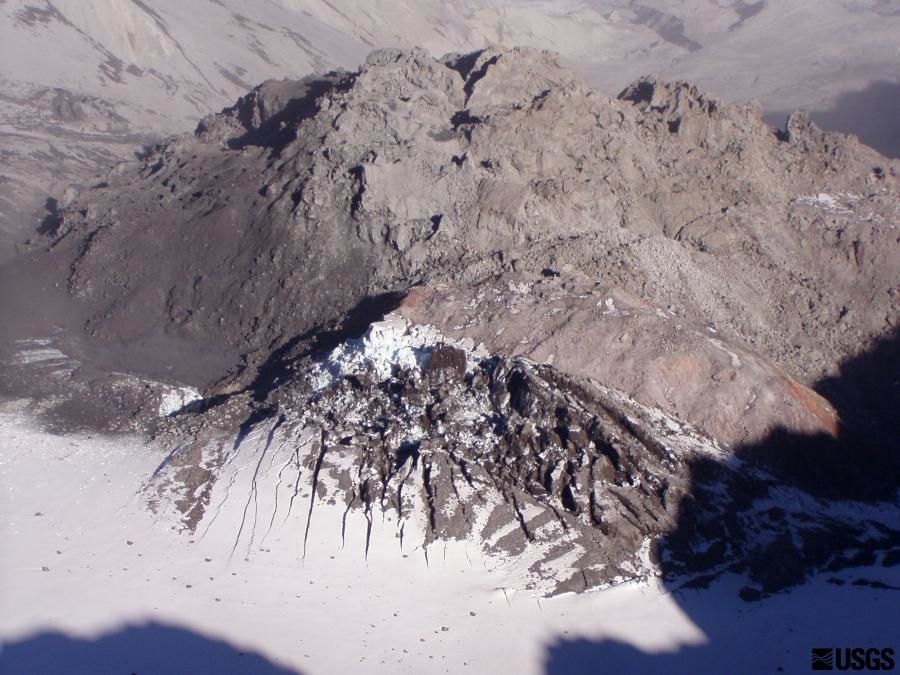 Cracks in the Crater Glacier S. Helens on 2.10.2004 following the consecutive inflation due to the new activity - photo Mike Poland / USGS 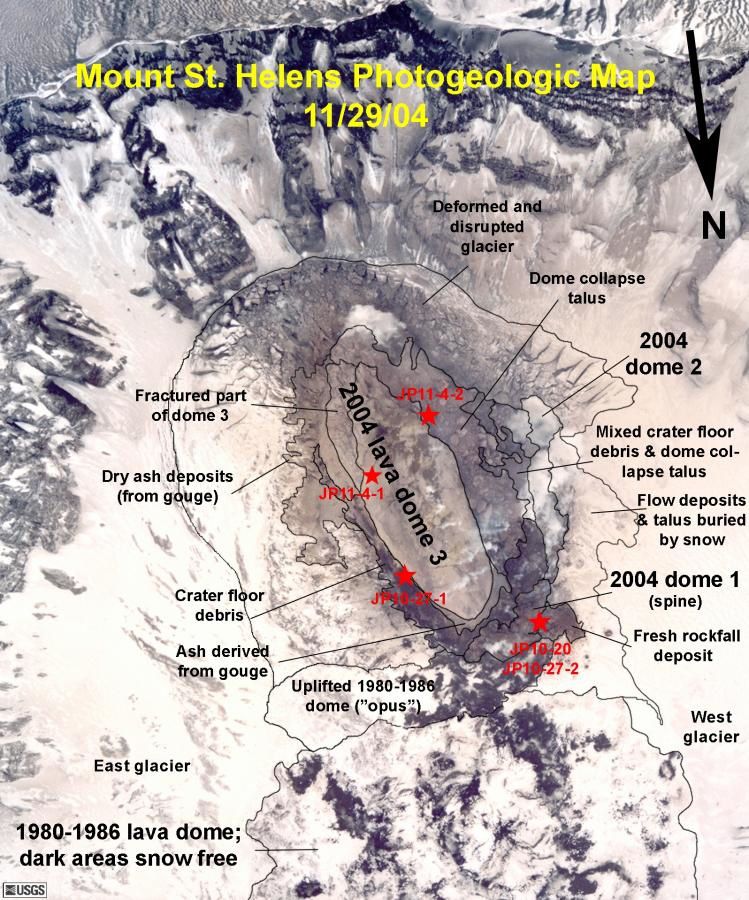 Photogeological map of the crater of St. Helens on 29.11.2004 - different new domes in late November and their position relative to the dome 1980-86. Note that the new dome bisects the Crater Glacier, now called East and West Glacier - Doc John Pallister / USGS

On October 11, a new phase of construction of the dome begins with  hot lava hardened spines that dot the surface of the glacier. These successive spines will accumulate for three years to form the new dome with a height of 460 meters.

Between 2004 and 2008, the growth of the dome is made, not by effusion, but by a continuous extrusion of lava spines, strongly degassing.

The volume of extruded lava onto the crater floor is estimated at almost 92 million cubic meters. 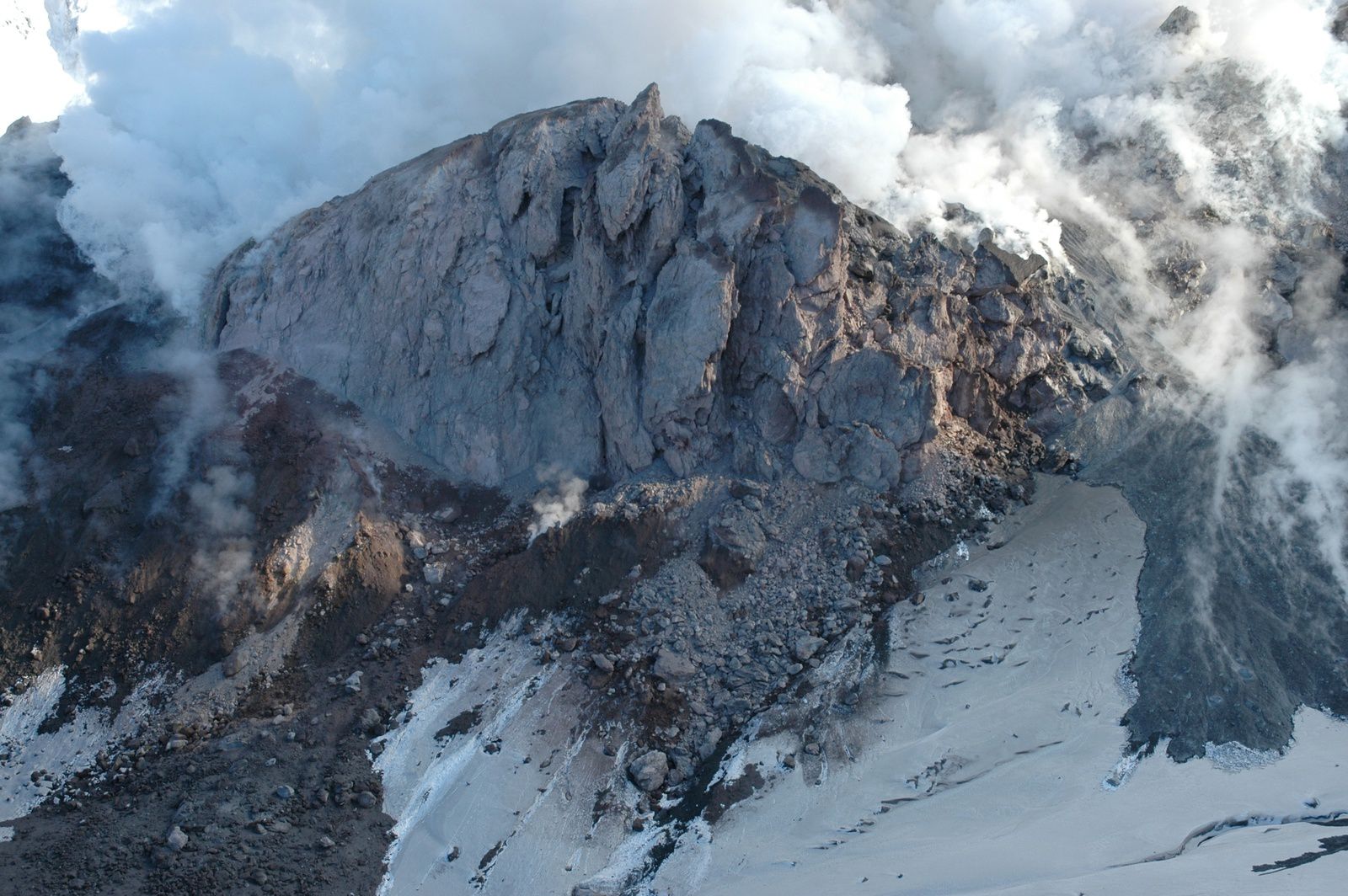 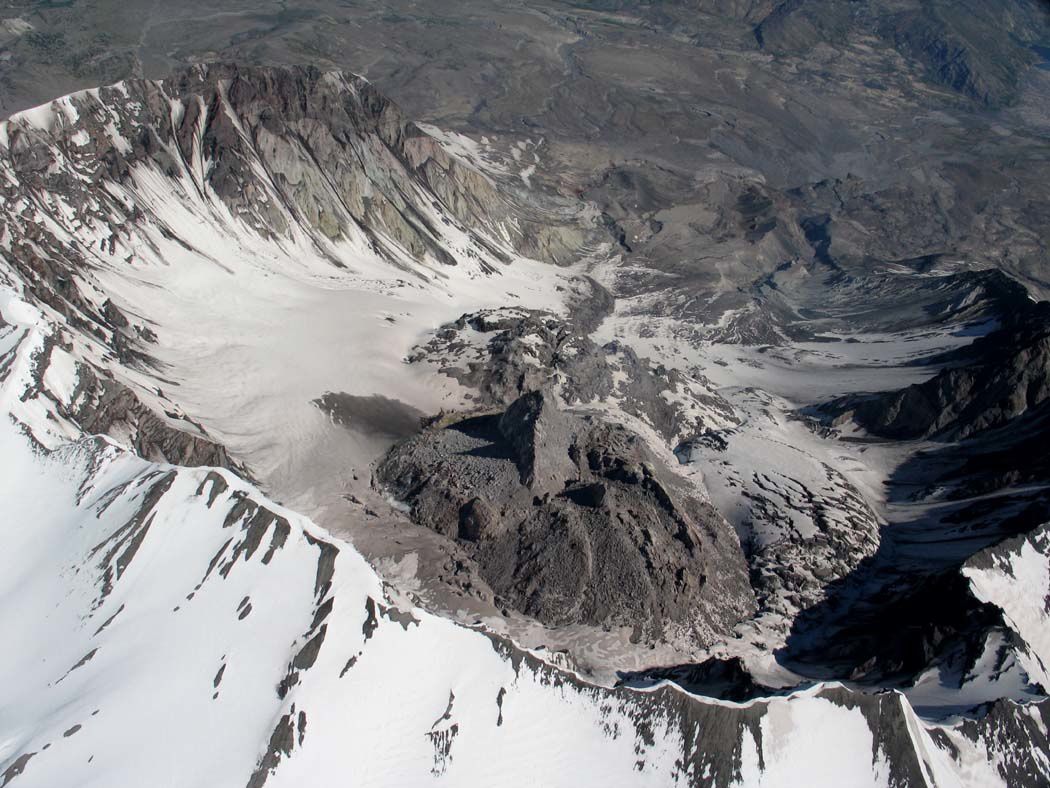 The period 2004-2008 was only marked by two major explosions, the first January 16, 2005, without notables warning signs. The second takes place on March 8, 2005, after a "subtle" increasing of the seismicity in the previous hours.