The 100 days of the Holuhraun's eruption. 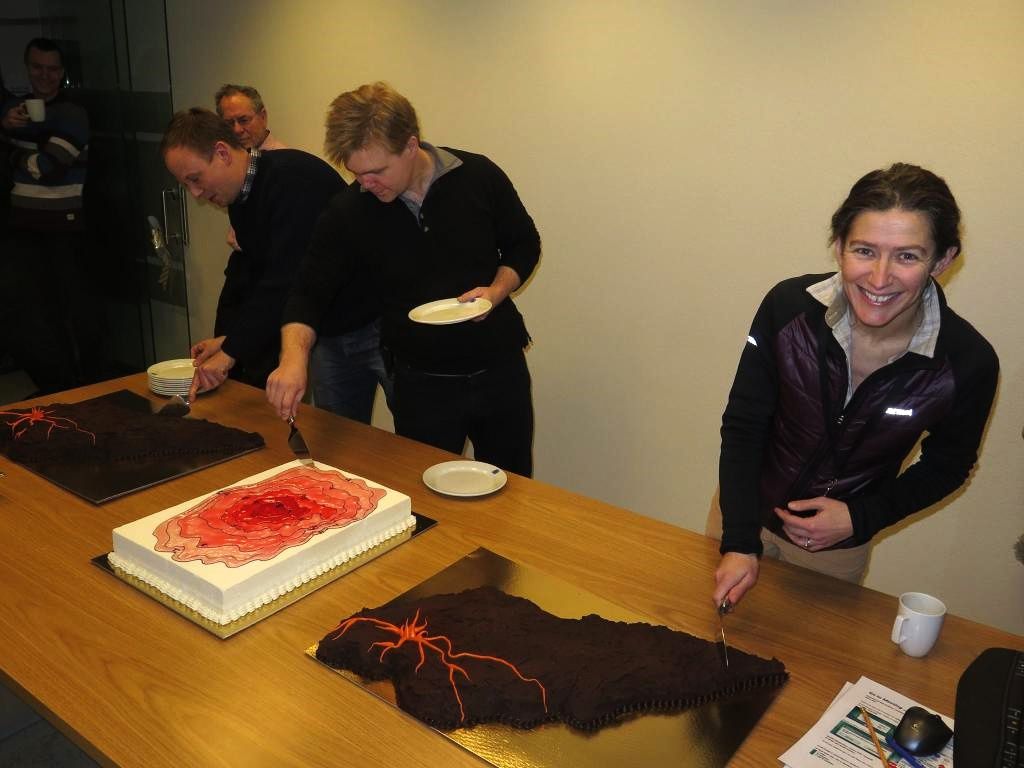 The fissure eruption began on August 31, 2014; it is characterized by an important, continuous and stable emission of lava. The petrological analysis of the magma shows a primitive basalt, of  chemical composition typic of the Bárðarbunga's volcanic system. It also suggests that this type of magma has stabilized between 9 and 20 km deep, which means he has not resided in the shallow crust.

From an initial crack of 1500 meters, the lava has spread to form a vast lava field that reaches on 5 December a surface of 76.2 km² ... and the eruption can still continue for months. 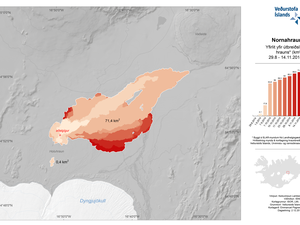 The new lava field is the most extensive ever seen in Iceland since the eruption of Laki in 1783-1784, and probably the third largest on Earth since this date. The amount of gas emitted by the eruption of Holuhraun is important, and we must go back 150 years back to find an event with a comparable impact on health and environment : Trölladyngja.

Since that time, the gas monotoring has improved. The IMO has used the FTIR and DOAS instruments to estimate the flux of SO2, and other components of the volcanic cloud, in which the present gases are mainly SO2, CO2, hydrochloric and hydrofluoric acid, and vapor water.

A wide range is coming out this mesurements, with respect to a constant emission of gas to date, between 3.5 Mt and 11.2 Mt, respectively considering the average flow and the emission peak.

Compared with the eruption of Laki, the latter issued between 5 to 15 times more gas than the eruption of Holuhraun (122 Mt of SO2 in 8 months, or about 51 Mt in 100 days, at constant flow) It is also the first time that we can see the long term effects on human and animal health of that air pollution by volcanic gas emissions.

Another problem is emerging : the pollution generated by the eruption causes acid rain, and in the Icelandic winter, acid snow which accumulate in the highlands. Scientists fear that the acidity levels of lakes and rivers will greatly increase with the melting of the snow in the spring, and do alter the vegetation and the ecology of drained areas ... measures should be taken as soon as the snow begins to melt in 2015. 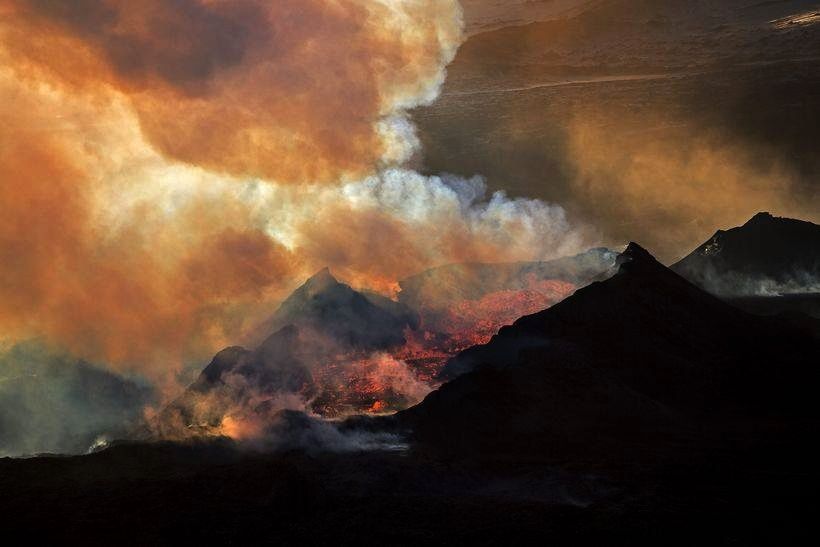 The beauty of the phenomenon should not obscure the effects on health and the environment - photo Ragnar Axelsson (RAX) - Iceland Review.