The melting of glaciers linked to an increase in the frequency of eruptions ... 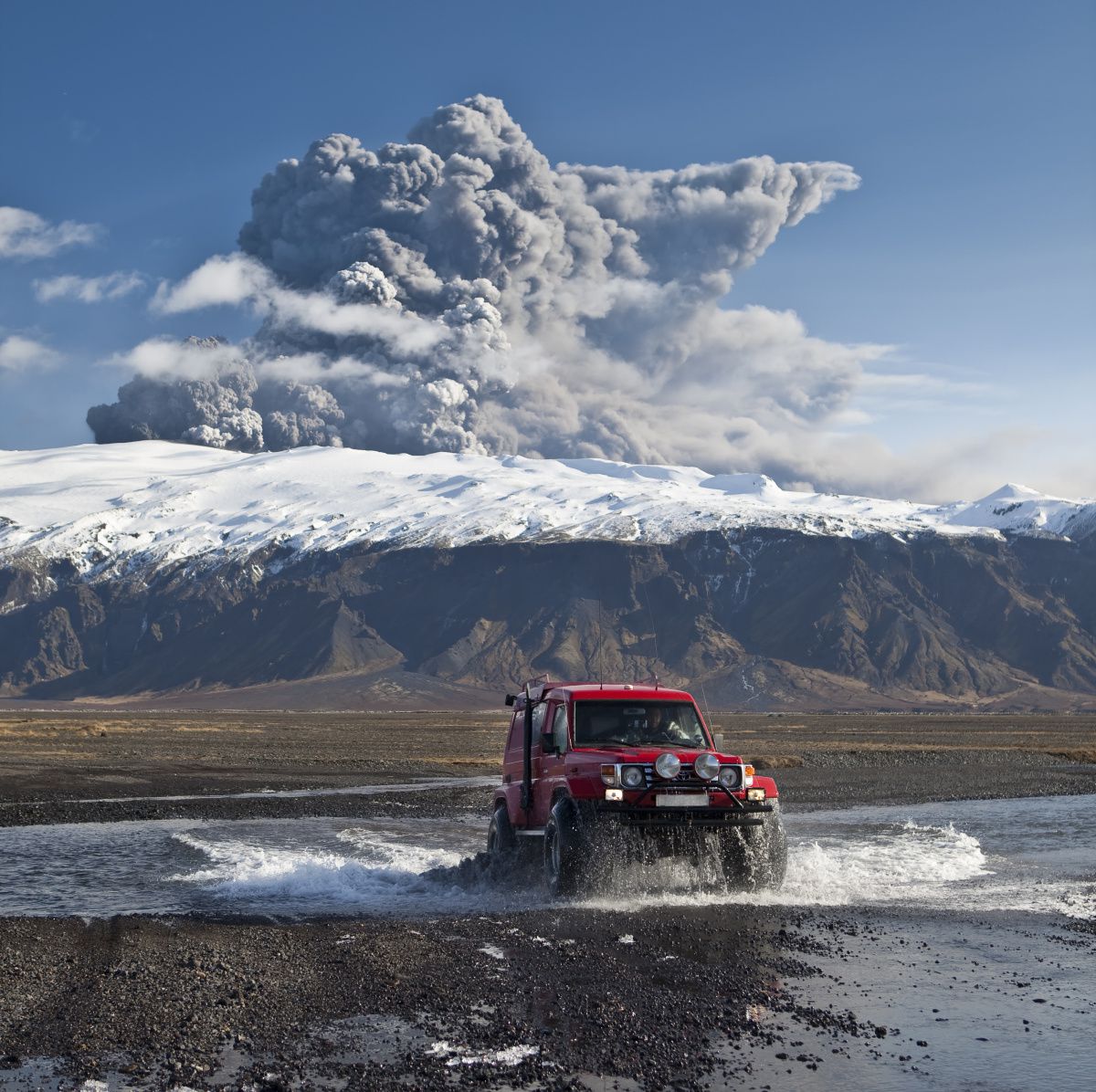 Eruption of Eyjafjallajökull in 2010 - Artic pictures

Iceland has always been a natural laboratory for the study of climate change. About 10% of its surface is covered with some 300 glaciers ... the global warming makes them lose annually 11 billion tons of ice. This enormous mass that melts not only contributes to the overall increase in sea level, but also to a lifting of parts of Iceland, estimated at 35 mm / year.

A recent study by the University del'Arizona in conjunction with that of Iceland, published in Geophysical Research Letters, based on information from 62 GPS stations, shows a lifting speed and acceleration of the latter on 27 stations, localized predominantly in the center of the island. Iceland - left, some glaciers (-jökull) among the most important - right, geodetic network GPS (red triangles) used to measure the uplift of Iceland / Credit: Kathleen Compton / UA Department of Geosciences - a click to enlarge With the melting of glaciers, the pressure on the underlying rocks decreases. One of the authors of the study says: "the rocks can remain in solid phase at very high temperature if the pressure is high enough. If you reduce the pressure, you actually lower the melting temperature." ... The result is a sub-surface softer, an increase in the amount of eruptive materials and an easier path to the surface for the magma. A temperature rise due to a drop in pressure is a favorable environment for the merger of mantle rocks, which supply the volcanic magma systems.

The Icelandic history confirms this thought : 12,000 years ago, during the last deglaciation period, the volcanic activity on the island has increased by a factor of thirty. But this took more time than the current melting phase of glaciers boosted by human activities ... an extrapolation allows the research authors to predict an Iceland's uplift ratio of 40 mm per year in the middle of the next decade, releasing more calderas and allowing more rapid renewal of disruptive event of our economy type Eyjafjallajökull, 2010. 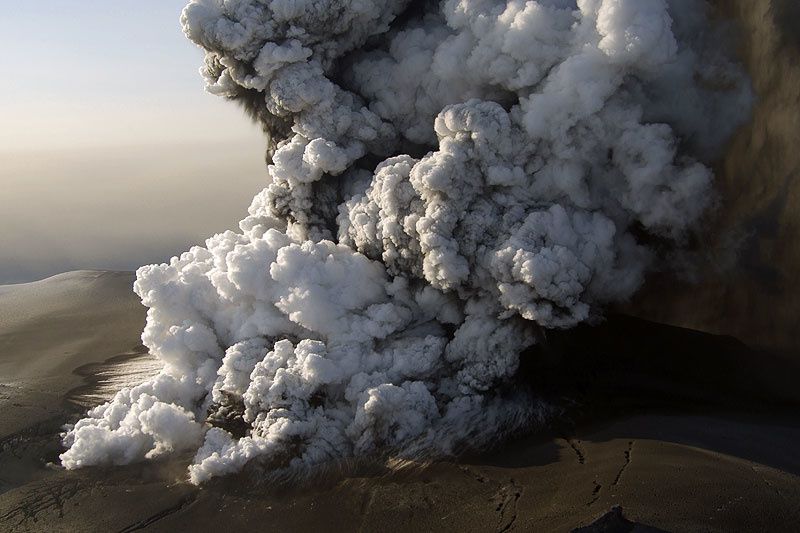 Once disturbed the climatic balances, the chain of disasters related to it may take longer.

Many questions remain unanswered : an increase of  the frequency of volcanic eruptions shall be added to droughts, floods, forest fires, rising of sea levels, storms, tornadoes, food loss, species extinction ? ... Will we check it firsthand? ... How fast will the volcanic systems react to the melting of the glaciers?

- The Royal Society - How will melting of ice affect volcanic hazards in the twenty-first century? by Hugh Tuffen - link