The "Tempest stela" and the Thera's eruption.

A new reading of a stele's inscriptions , 3,500 years old , speaking of a " rainstorm " could review the chronology of the Bronze Age and reinforce the dating of the eruption of Thera / Santorini.

A breached block of calcite, whose parts were found in the third pounded of the Temple of Karnak at Thebes in Egypt, by French archaeologists between 1947 and 1951 , and called " the Tempest Stela" , was erected by Pharaoh Ahmose I, first pharaoh of the 18th dynasty

The face of this stele , 1.8 meters high , has enhanced blue hieroglyphs , while its reverse remains colorless . 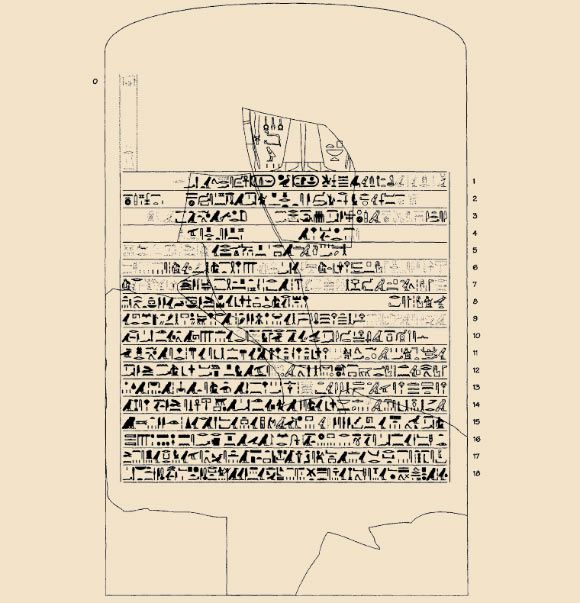 The text  has been reinterpreted by two linguists of the Oriental Institute of the University of Chicago, the Dr Moeller and Ritner .

The text of the stele describes the terrible conditions:

[Then] the gods [caused] that the sky come in a tempest of r[ain], with [dark]ness in the condition of the West, and the sky being in storm without [cessation, louder than] the cries [lit., “voices”] of the masses, more powerful [than . . .], [while the rain howled] on the mountains louder than the sound of the underground source of the Nile that is in Elephantine.

Then every house, every quarter that they (scil. the storm and rain) reached [. . . their corpses(?)] floating on the water like skiffs of papyrus outside the palace audience chamber for a period of [. . .] days [. . .] while no torch could be lit in the Two Lands.

Supporting the text of the stele of the storm, a text known as the Rhind Mathematical Papyrus, of the reign of Ahmose, mention a thunder and rain, further evidence of the attention to weather conditions during the reign of Pharaoh Ahmose . 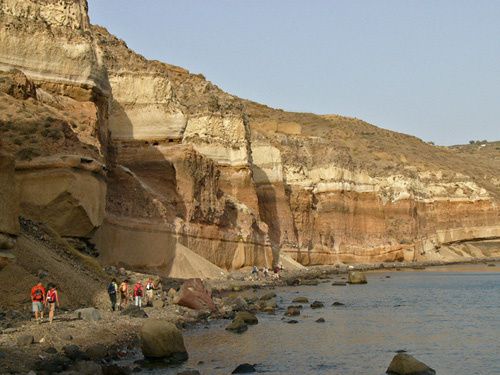 The new dating of the reign of Ahmose allows a more logical articulation of events that have marked the time in the Middle East . It realigns important dates, marking the loss of power of the Canaanites , the collapse of the Babylonian Empire.

The new timeline explains how Ahmose took the power , supplanted leaders of Canaanites - the Hyksos - to reunify the two lands ... the eruption of Thera and the resulting tsunami may have destroyed the ports of the Hyksos and weakens their maritime power.

Disruption of agriculture and trade caused by the eruption would have decreased the Babylonian power, explaining their inability to resist to an invasion of Hittite . Isopach of ash distribution of the eruption of Thera in the direction of the eastern Mediterranean - doc . Decades volcanoes . Drawing of a bas-relief depicting the Ahmose's battle against the Hyksos - doc . { {PD -Art }} template parameter without

Here are a match made ​​between archeology , the great history and the history of volcanology .

- The Ahmose ‘Tempest Stela’, Thera and Comparative Chronology - by Robert K. Ritner and Nadine Moeller - The Oriental Institute of the University of Chicago - link