Things are heating up in the Kuril.

The GVP report  vapor and gas emissions at Sinarka since November 11, 2014. The Kuril Islands form a volcanic archipelago, a broken line of 1,250 km from the southern tip of Kamchatka at the northern tip of Hokkaido, in Japan, which geographically separates the Sea of Okhotsk from the Pacific Ocean.

Kuril includes 68 volcanic centers above the sea level, including 36 considered as active recently, and many submarine volcanoes. These remote islands, mostly uninhabited, are located a few hundred kilometers of major air corridors used daily by more than 200 aircraft, which warrants vigilance. Its last major eruption began in 1872 and ended in 1878. Of VEI 4, it produced pyroclastic flows, some of which are responsible for the destruction of the village of Ainu. After the eruption, a significant andesitic lava dome filled the post-glacial andesitic cone set in a depression open towards the north-west ; two other domes are close to the edges of the caldera. 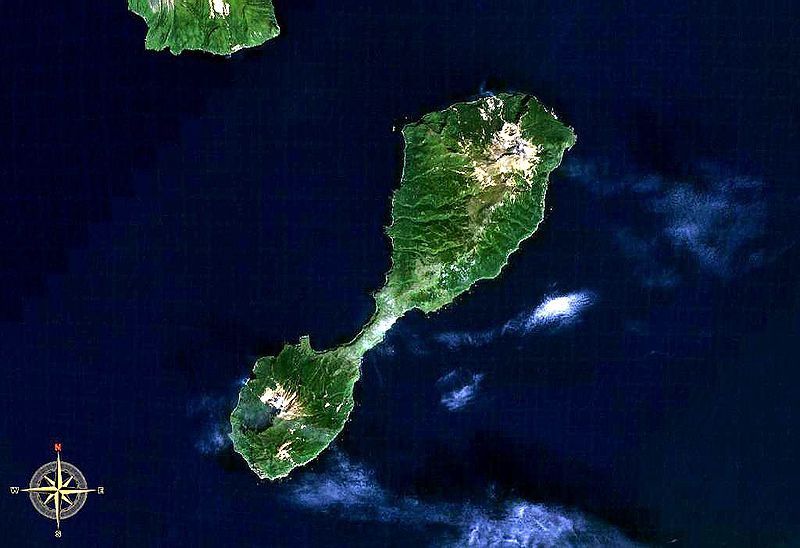 The Shiashkotan island with the Sinarka volcano, northeast, and southwest, the Kuntomintar volcano - Landsat image.