To Holuhraun, the eruption continues at the same pace as the previous day. The lava field continues to grow and reached an area of ​​38 square kilometers (estimated on 21.09), powered by a high lava speed of 250 to 350 m³ / sec. The total volume of lava emitted is close to 500 million m³.

On 22 September, the University of Iceland published a photo showing a break on the north edge of the lava field, under the weight of the lava. 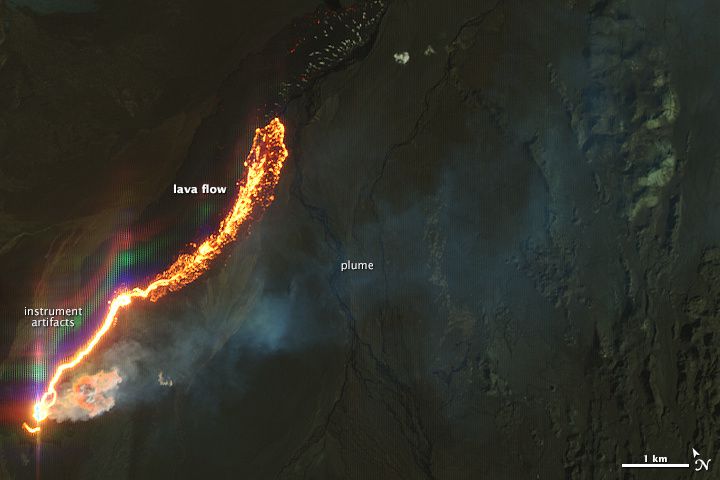 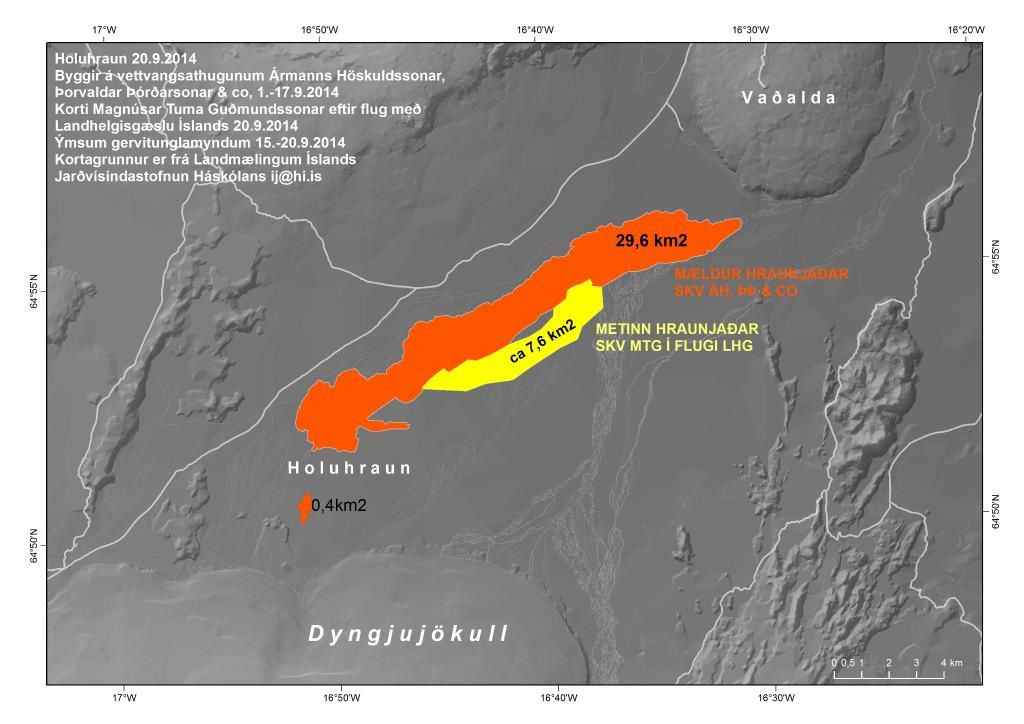 Subsidence that marks the caldera of Bárðarbunga continues unabated too, and depression reached since its inception a depth of 27-28 meters, and an estimated volume on 23.09 of 0.6 cubic kilometers. (volume of the lava issued is 0.5 km³) Subsidence that marks the caldera Bárðarbunga 09/25/2014 Pollution by SO2 and fine particles is locally expected on 25.09 north of Iceland, today against the east and southeast.

Toxicity requires the wearing of masks in the wind, in the area of the eruption, where birds were found dead.

Indices of air quality on Brittany / France indicate a significant amount of fine particles for Wednesday and Thursday in conjunction with the release of the eruption in the atmosphere, confirmed by Air Breizh direction.

The ATMO index used for these assessments is determined based on four pollutants: SO2, NO2, ozone and fine particles less than 10 μ (PM10) / also issued by other sources that the volcanic ... on 25.09, the Atmo index was 8 on a scale of 10 to Brest, St Brieuc, Rennes, Lorient and Vannes. 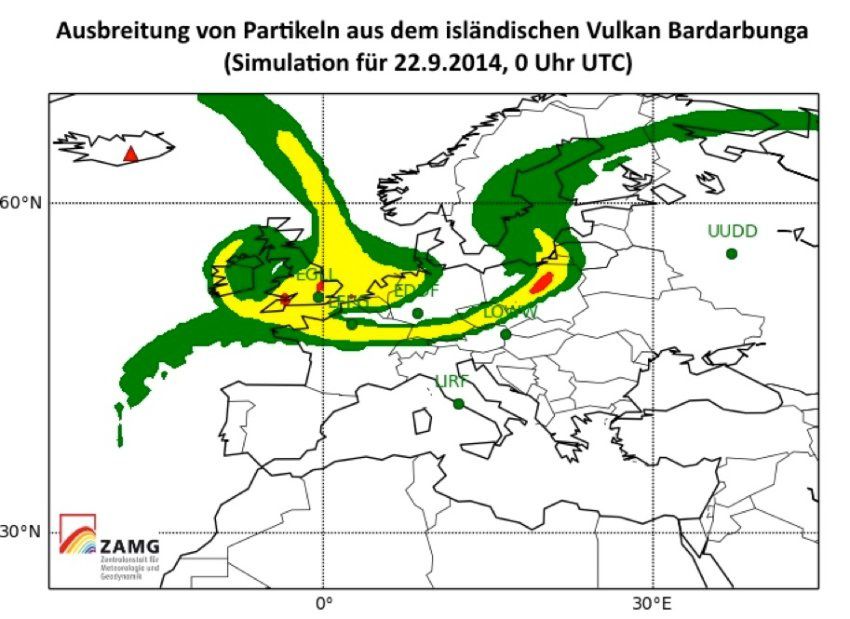 Simulation of the movement of fine particles on 09/22/2014 over the British Isles, Germany, Holland, Belgium, and northern France - map Der Spiegel on line Some interesting pictures of the crack, active and inactive part, with a photogenic cone ... and the lava flow in Jökulsá á Fjöllum. 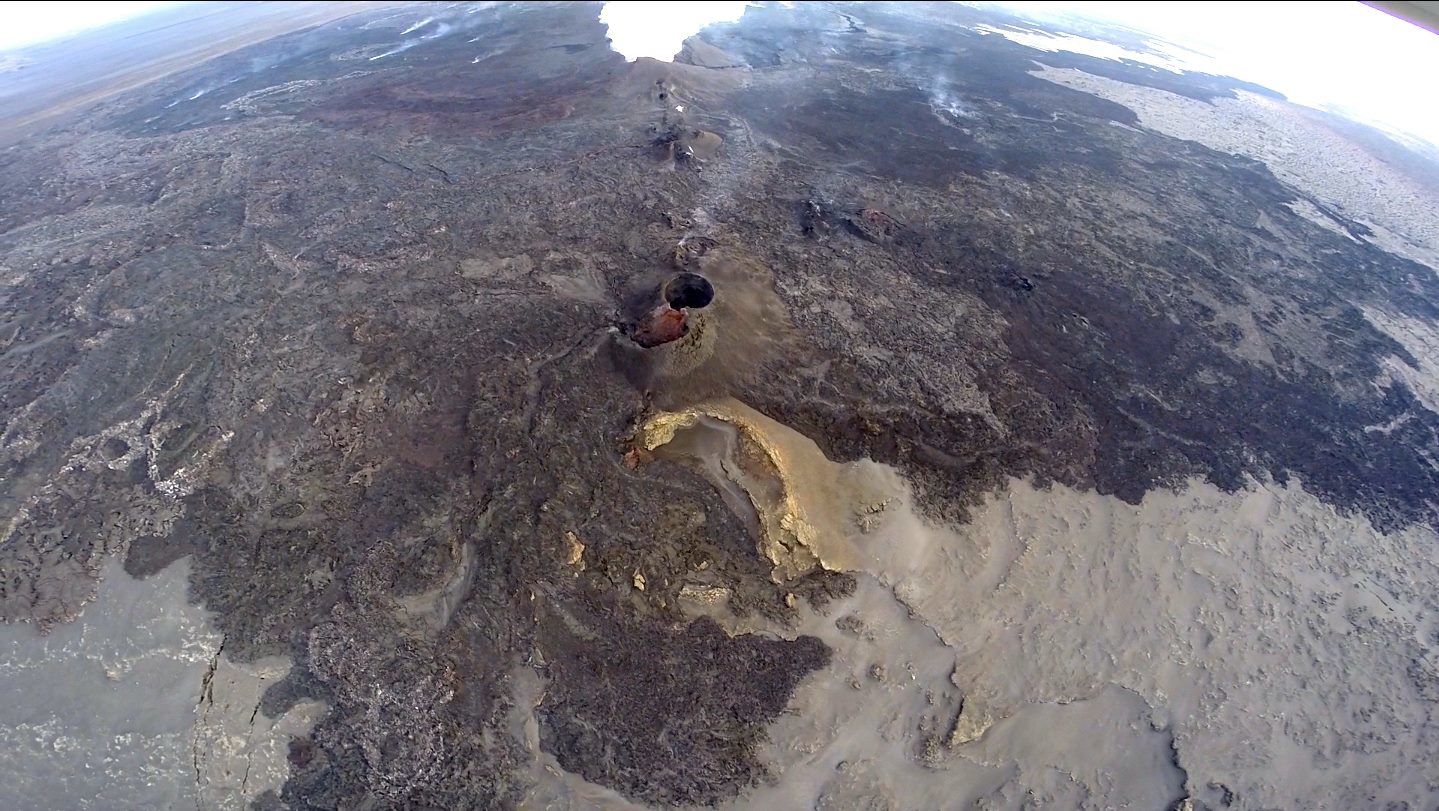 Craters south of the Holuhraun fissure and in the background, the white plume erupting from the activecrater Baugur - Photo: Vedurstofa Islands 24/09/2014