The summits of the Vogelsberg - with the communications tower of Hoherodskopf, the second highest peak at 763 m - photo Bernard Duyck 05.2014

With its diameter of 60 km wide, the Vogelsberg today is the largest closed basaltic massif of continental Europe. Although known as a great central volcano, Vogelsberg consists of several eruptive centers.

In the center of the shield volcano that resulted, the thickness of lava reaches 700 meters (drilling research in 1996, which has not reached the basement volcanic rocks). On the western edge layer is thinner, about 150 meters against 400 meters on the eastern edge. Volcanism of Vogelsberg was primarily effusive, with rift's eruptions. Nevertheless, most explosive Strombolian episodes, with emissions of ash and bombs, and more violent phreatomagmatic eruptions have also marked the massif.

At the cessation of the volcanic activity, there are 9-10 Ma, the action of the last glaciation and erosion weathering changed the topography. Basalts, harder, remained almost intact. The tuffs of slag have been eroded, except in areas of overlapping by basaltic rocks. Oxides of aluminum, iron and titanium have accumulated in places ... and degradation in tropical climate at the time, left laterite and bauxite.

On basaltic soils, hardwood settled, and beautiful forests of beech trees are grown on the hills. The lower areas are characterized by an agricultural landscape and hedges.

The region was known by the Romans as "Buchonia" ... the name called the Fulda region until the Middle Ages. 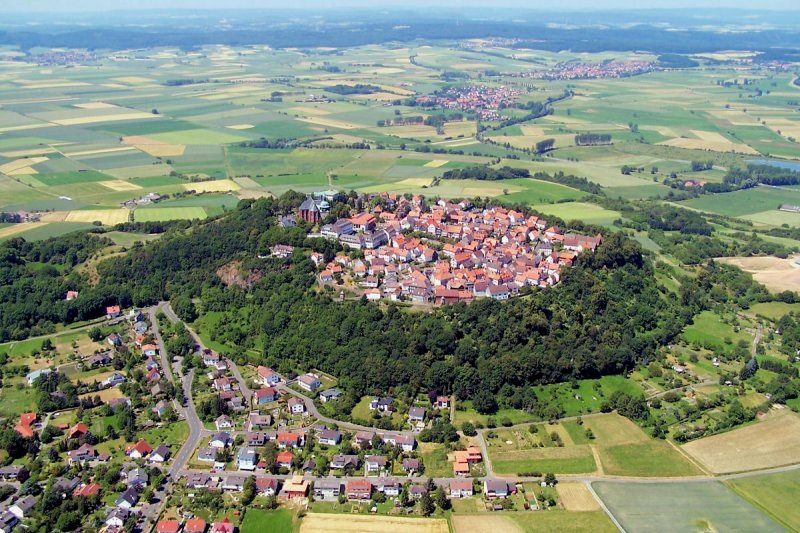 Amoeneburg, built on a basalt hill, north of the Vogelsberg - Staedte fotos.

Before examining some volcanic spots in search of basalt and tuff, see the benefits left by this massive volcanic to locals. Basalt was used as building material. Many villages once had their own small quarry  for producing stones for castle, the underbody of houses and farms, walls and bridges. Currently, they deliver pavers and gravel.

Iron ore was mined there until the 20th century, and enriched various villages. The few companies still active today import their raw materials.

Water is abundant in Upper Vogelsberg and basalt acts as a filter and tank: the rainwater seeps through fractures and stored over impermeable layers, then feed sources, which distribute the drinking water in all directions.

The fauna and flora also benefits. For centuries, courageous hand harvested and placed on property lines the basalt blocks, establishing walls allowing fauna to develop there and giving shelter to wildlife. On boulder fields, there are no less than 14 species of rare mosses. 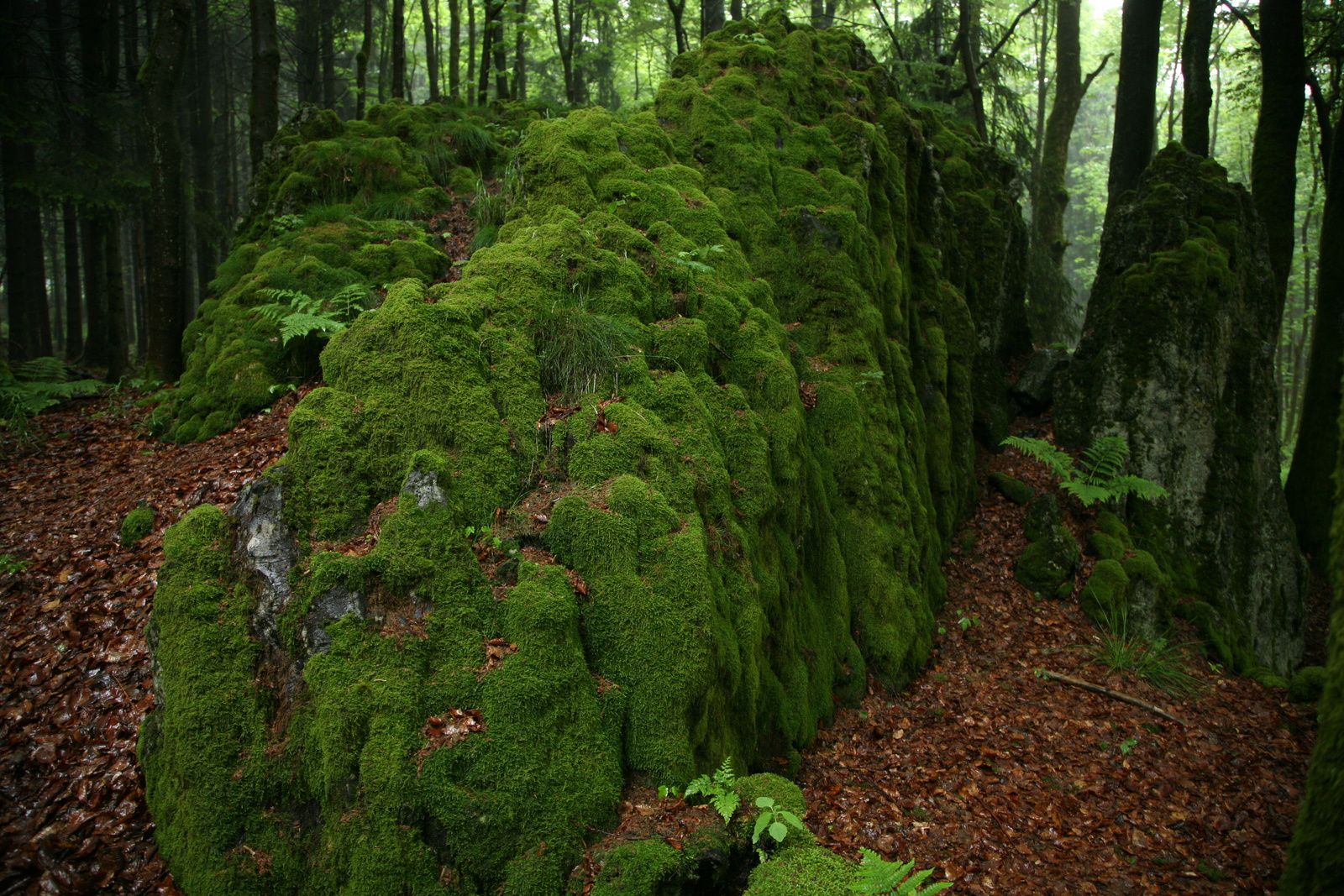