Piton de la Fournaise - installation of sensors of the VolcArray project in june - photo IS Terre.

The project "VolcArray" , coordinated by researchers from the Institute of Earth Sciences of Grenoble / France (IS Terre), under the direction of Florent Brenguier, in collaboration with the Volcanological Observatory of Piton de la Fournaise / La Réunion, aims to probe the active heart of the volcano, through temporary deployment of 300 sensors on the massif de la Fournaise. This large number of high-tech sensors, each weighing 2.5 kg, usually used in the petroleum industry for hydrocarbon exploration (Fairfield Company / Houston), was installed on three square antennas, tours towards the inside of the volcano, during the months of June and July 2014, sometimes under difficult conditions.

They will record for one month the seismic noise and try to visualize an area 3,000 meters below the volcano, just above sea level and that may contain lava. Seven hundred and fifty pounds of materials were transported through the air, but also on men's backs, when air transport conditions were not met. 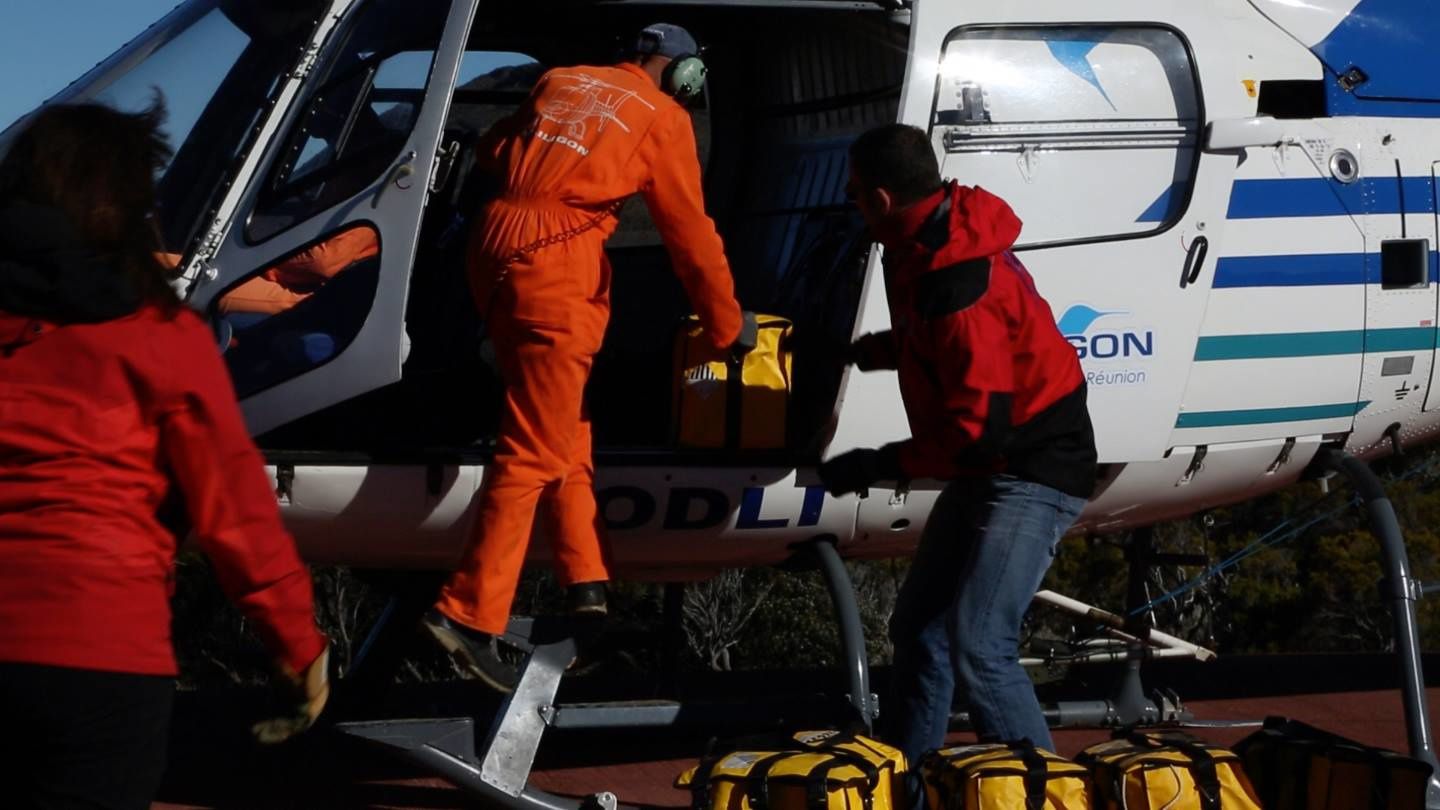 The phase 4 of the project VolcArray just ended with the uninstallation of the sensors and the repatriation by helicopter to the laboratory, at the very end of July. This will also allow dismantling of obsolete installations ... and evacuate waste.

The analysis and compilation of results phase is underway.

- Journal of geophysical research - Imaging preeruptive and coeruptive structural and mechanical changes of a volcano with ambient seismic noise A; Obermann & al. 12.2013- link